What Amazon launching in Sweden will mean for Swedish e-commerce 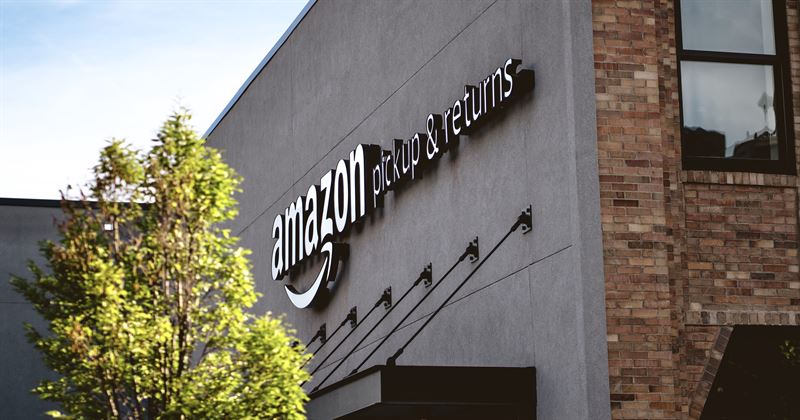 Amazon is finally, after years of ongoing rumors, launching in Sweden, but what consequences will it have for the Swedish ecommerce? Marcus Carloni, CEO at Flowbox, says customer experience will become even more important as the online giant enters the market.

For years, there have been ongoing rumors about Amazon launching in Sweden. In 2017, the CEO of the comparison site Pricerunner predicted that it would happen within the next twelve months. It didn’t happen back then, but on August 4th of this year, 2020, the online retail giant finally confirmed the plans to launch Amazon.se. Swedish customers have been able to shop on Amazon previously through its European websites, such as the German website, but it has often also meant high delivery charges.

“Amazon has been supporting Swedish customers and selling partners across our different European stores for many years, but the next step is to bring a full retail offering to Sweden, and we are making those plans now,” Alex Ootes, vice president EU Expansion at Amazon, said in a previous statement.

For Swedish retailers and online merchants, this may have been expected, but it might not be good news for everyone. The question is what consequences it will have for brands’ business strategy, and how those with an online presence should adapt to the upcoming change.

Selling on Amazon isn’t free, but how much does it actually cost? The seller fees vary depending on the category, weight and cost of the item, among several other factors. Whether or not selling on Amazon will be profitable can thus depend on numerous aspects, and competing with a giant like Amazon is a big challenge for some businesses; perhaps a better strategic move would be to focus on creating a better shopping experience on the brand’s own website.

The CEO of the Swedish-based electronics retailer Inet said in an interview with Computer Sweden that the question of joining Amazon’s marketplace or not is largely an economic and strategic question, as their fees are rather high.
“Amazon is a bigger threat in the long run, and has the muscle to knock out players if they want to, so in that regard you might not be so eager to help.”

Other Swedish companies are also hesitating, as selling on Amazon might mean lower profit margins. It means losing a certain amount of control, as you will provide them with your sales information. That means the platform has access to your data, which in turn can be used by Amazon to add its own products in certain markets.

The logistics company Kuehne Nagel has confirmed in an email to SVT, the Swedish national public television broadcaster, that Amazon’s warehouse will be in Eskilstuna in Sweden, where Amazon Web Services already has a Swedish data center. The new warehouse is said to be 15,000 square meters, which relatively speaking is fairly small. Amazon’s central warehouse in Europe is in Germany and it’s likely that goods will still be delivered from the German central warehouse, whereas the Swedish warehouse will act more as a distribution hub.

The Scandinavian market is in the forefront of digitalization and online shopping in Sweden has reached a very mature level. Therefore, Amazon might not get the same position on the Swedish market as in for example the United States, although it is inevitable that it will have a major impact. For brands, the launch of a Swedish Amazon site means that it will be more important than ever to revise their online strategies.

Focusing on premium products, improving delivery mechanisms and increasing the share of private labels or brands not being sold on Amazon are examples of strategies that have been successful for retailers in the United States, Britain, Germany and France in order to handle the new challenge, Daniel Ovin, senior analyst at Nordea, told Reuters earlier.

In order to compete with Amazon’s low prices and fast shipping times, improving the buyer journey and shopping experience is going to be crucial for brands, according to Marcus Carloni, CEO at Flowbox. “Amazon may be good at prices and shipping, but what they can’t give their customers is a great visual experience. This is where B2C companies already have the upper hand, and it’s going to be important to keep building and maintaining that relationship with their customers.” He continues, “I believe that Amazon entering the market can be both an opportunity and a threat. It’s going to become more important than ever for brands to focus on the customer experience, especially visually.”

A great visual aid is user generated content (UGC), which has grown to become a cornerstone of marketing. Today, it’s perhaps more relevant than ever. UGC has a proven track record of strongly increasing conversion rates and engagement as well as building lasting relationships with customers. With Amazon entering the market, connecting with your customers is going to be key.

“Brands that succeed with this are not only going to be able to compete with Amazon, but they are also going to gain customer retention as a side effect, which is incredibly valuable. Customer retention is both difficult to achieve and very costly. Flowbox is going to keep developing the technology that helps our clients to build a world class shopping experience,” says Marcus Carloni.