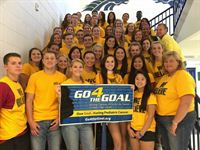 To show their support for children battling cancer in their communities, thousands across the country joined Go4theGoal Foundations two national campaigns, the 4th Annual National Dress 4 Pediatric Cancer Day® and Lace Up 4 Pediatric Cancer® this past September. On September 26th, hundreds of thousands of students as well as businesses and community organizations dressed in Gold, the color of pediatric cancer awareness, to raise awareness in their community as well as funds to help Go4theGoal provide necessary financial assistance and support to the 40,000 families that currently have a

Monday, September 8th marked the 3rd Capital Grille Golf Outing to benefit Go4theGoal Pediatric Cancer Foundation.  Over 100 people enjoyed a beautiful day at Hackensack Golf Club in Oradell, NJ followed by dinner at the Paramus Capital Grille. “Today we remember and celebrate the lives of the children we have lost to Pediatric Cancer and raise funds to help children who are recently diagnosed or are currently in treatment,” said John Buffa, Go4theGoal team member and father of Blake Buffa, who is three and a half years cancer free.  “We would like to thank everyone who participated for 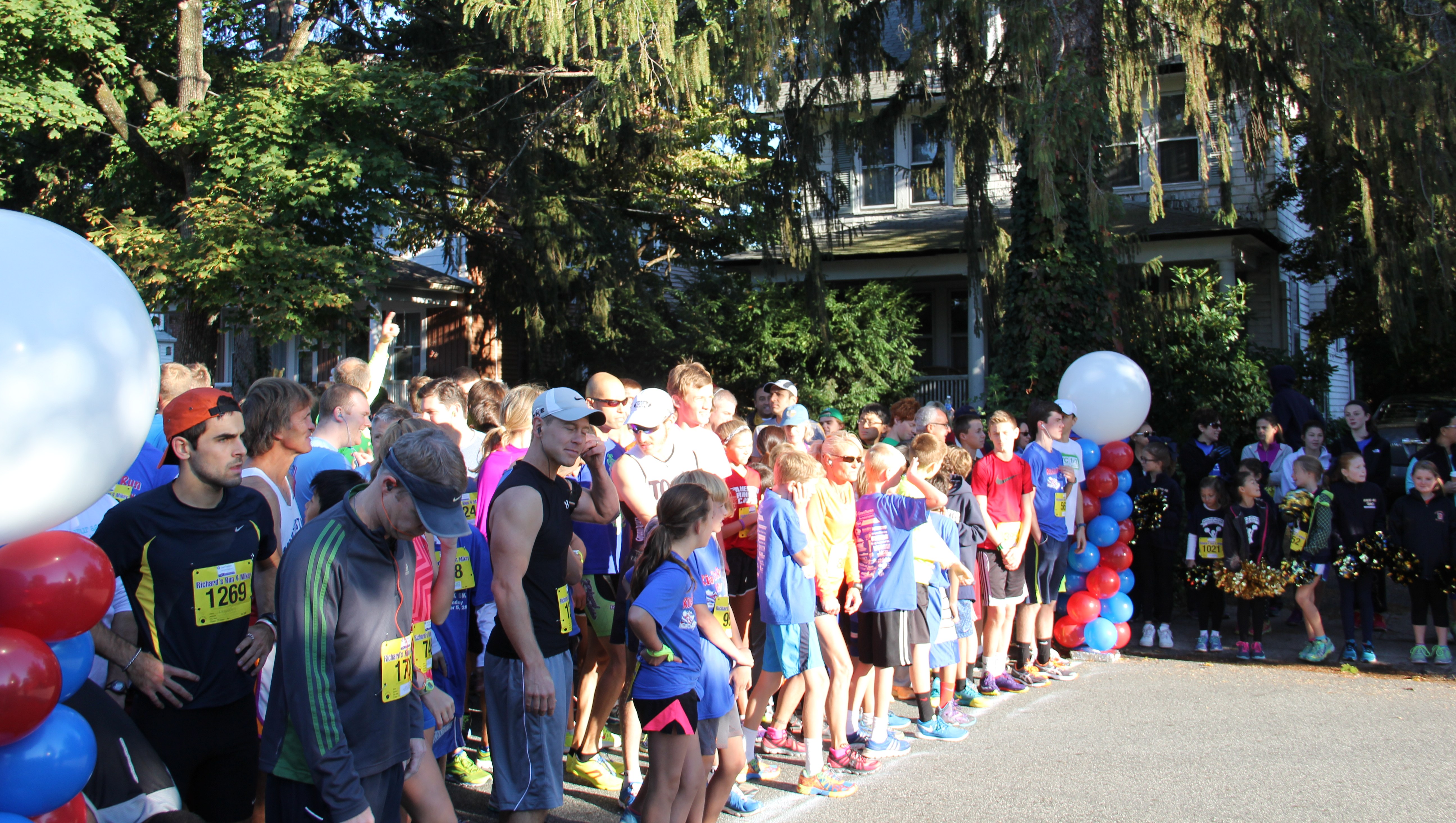 In Ho-Ho-Kus, NJ on October 5th, 2014, over 1,500 runners, walkers, and supporters came out to support local children with cancer in the annual Richard’s Run HHK 5k presented by Grant Thornton. The run, which started in memory of Richard Stefanacci, was especially memorable this year as it was also honoring a loved resident, Michael Feeney, who lost his battle with cancer in November 2013.  Both Richard and Michael were diagnosed with Ewing’s Sarcoma, a rare form of bone cancer. “Michael honored us in our 2013 event, officially starting the Race by sounding the horn and then

A simple brainstorming session between executives at the Go4theGoal Foundation and the Showers Family Center for Childhood Cancer and Blood Disorders at Akron Children’s Hospital last month turned into a giant fundraising effort to support pediatric cancer patients in Akron, Ohio. The initiative, which raised an estimated $30,000 to $40,0000 in just one month, has inspired Go4theGoal to create a new program in which the non-profit will choose a select number of hospitals each sports season (winter, spring, summer and fall) with which to work. “This is a very exciting time for 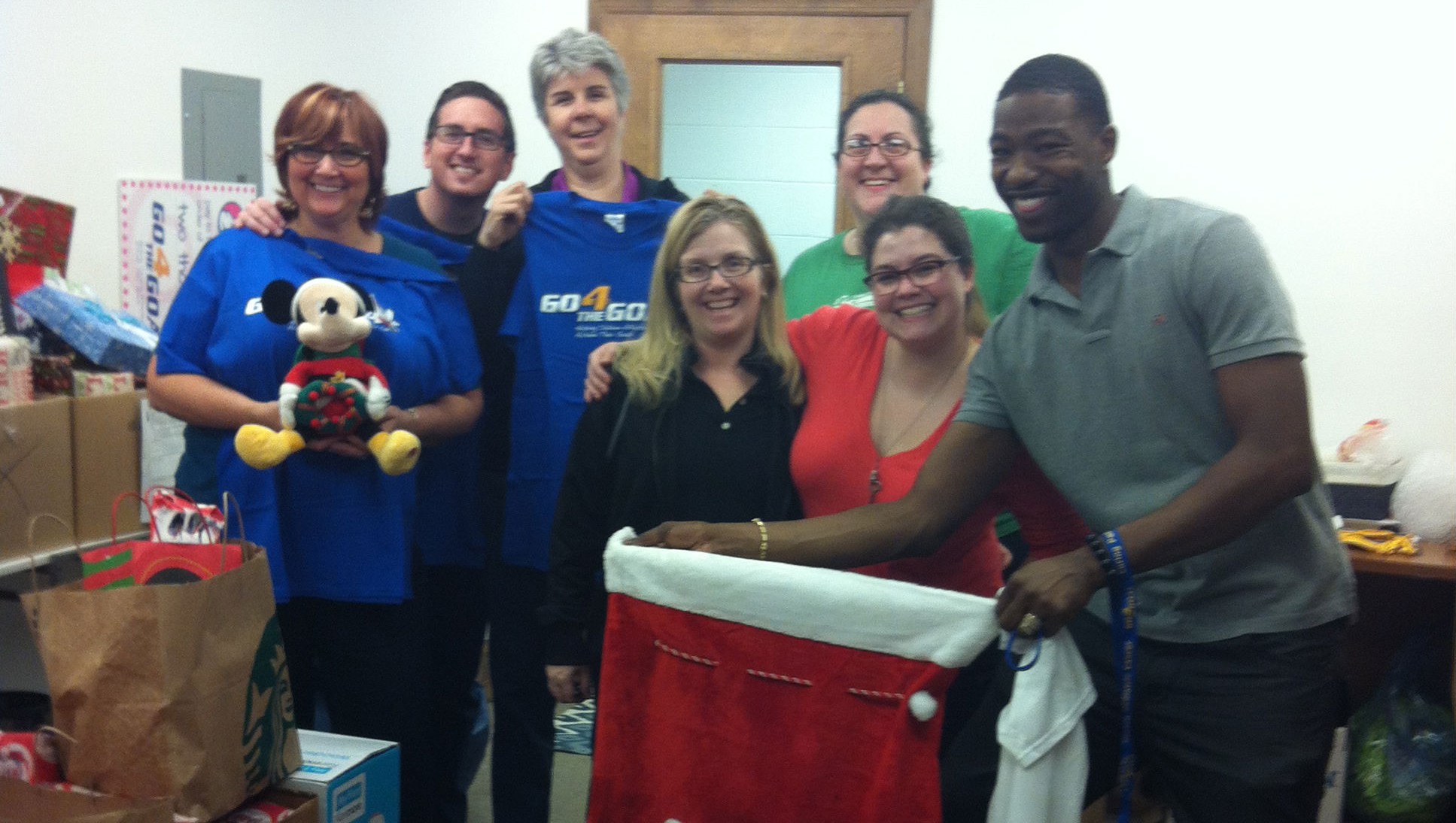 The OAK Foundation has supported a $12,000.00 grant to Go4theGoal to fund two Karts 4 Kids at hospitals in Minnesota and Colorado.  The Kart, already in operation, at University of Minnesota Amplatz Children’s Hospital in Minneapolis, MN has been received with enthusiasm by both staff and patients and Go4theGoal looks forward to the opportunity to install a Kart for patients in Denver, CO. The Kart 4 Kids is a three-tiered cart stocked with toys, games, activities, and snacks that is circulated through the pediatric oncology unit to patients and families during extended hospital stays.

In Akron, OH, Hoban High School Junior, Kameryn Zingale started a movement in her community to join Go4theGoal Foundation’s Lace Up 4 Pediatric Cancer® campaign in partnership with Akron Children’s Hospital.  The funds raised will benefit Showers Family Center for Childhood Cancer and Blood Disorders in order to support pediatric oncology patients and their families during their battle with childhood cancer. Kameryn spent her summer volunteering at Akron Children’s and when she heard about the Lace Up initiative and realized that she could continue making a difference in the lives of the

A Grandfather's Mission to Make a Difference for Children Battling Cancer 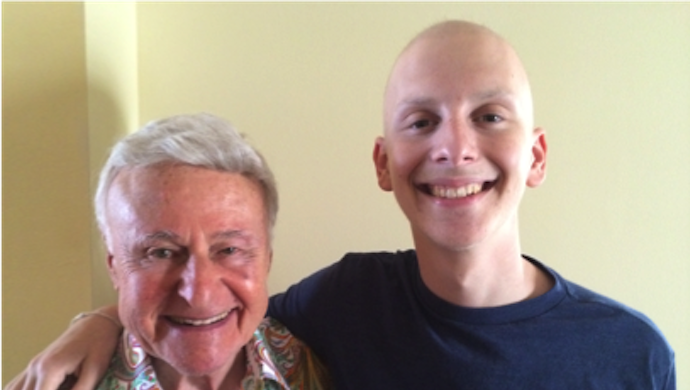 On Thursday September 25th hundreds of students from around the NYC area will be gathering outside the Today Show to show their support for pediatric cancer and Go4theGoal's National Pediatric Cancer Awareness Day.   Traveling as part of this delegation is Sam Rosen, a grandfather flying in from Florida who is tirelessly working to make a difference for kids battling cancer, like his grandson Kevin.  "I often find that grandparents are in a position unlike anyone else affected by pediatric cancer.  They not only watch their grandchild suffer, but also their child suffer,” said Beth

Zach Gowen, the world’s only one-legged professional wrestler, will be supporting Go4theGoal Foundation during his matches in September, which is pediatric cancer awareness month. He will be wearing special gold gear in his matches, including custom-made shorts with the Go4theGoal emblem on them. “I’m beyond excited to partner with Go4theGoal in bringing hope for kids who have cancer as well as their families,” Gowen said. “It’s a family disease and it takes a community to bring relief.” Pediatric cancer is a cause close to Gowen's heart; as a child, he was diagnosed with a bone

At the upcoming Go4theGoal Kids Cook Off, contestants will have the opportunity to have their culinary creations judged by one of the most recognizable chefs in the country - Aarón Sánchez. “We are thrilled with the outpouring of support we have received for this event and couldn’t be more excited to have chef Aarón Sánchez as one of our judges,” said Beth Stefanacci, Executive Director of Go4theGoal, “We are grateful for this partnership and the awareness a judge of his caliber will bring to this important cause.”  Go4theGoal’s first Cook Off event, in partnership with Kula for Karma

Now in it’s third season, Go4theGoal’s Lace Up 4 Pediatric Cancer® campaign has spread awareness for children with cancer across the United States.  Teams, as well as entire communities, have bought and sold Go4theGoal’s gold shoelaces in order to rally behind children battling cancer.  “It feels pretty good to know that people care about the cause and that they want to make a difference,” said a young cancer survivor, whose entire town bought laces to support him when he was newly diagnosed.  Many fall teams, of all levels including collegiate and professional, have already committed to

Go4theGoal is proud to support the research of Dr. Scott Diede at Seattle Children’s Research Institute in his study, “The Role of Aberrant DNA Methylation in Pediatric Rhabdomyosarcoma.”  With this grant, Go4theGoal has given nearly $1,000,000 towards research across the country since its inception in 2007. Childhood rhabdomyosarcoma, a soft tissue malignant tumor, affects 4.5 out of one million children in the U.S., and 50 percent of those cases occur in the first decade of life, according to the National Cancer Institute. “We are proud to support Dr. Diede’s research on exploring

Together with funds raised from Richard’s Run 5K San Francisco in September 2010 and funds raised privately, Go4theGoal Foundation has funded renovations to two Comfort Care Suites at University of California, San Francisco Benioff Children’s Hospital . Comfy sleeper-sofas, cheerful wall murals and furnishings now adorn these family-friendly, private rooms, which are reserved for pediatric oncology patients and their families at different critical points during the various stages of illness, including end-of-life care. “With help from Go4TheGoal,

NJEA members will participate in Go4theGoal's National Dress 4 Pediatric Cancer Day on September 27thSeptember is Childhood Cancer Awareness Month Go4theGoal Foundation is proud to announce its partnership with the New Jersey Education Association (NJEA). According to Ed Richardson, NJEA Human Resources Manager, “The fight against cancer is all too real in the lives of so many New Jerseyans, and that struggle can be even more difficult when the victim is a child.  That’s why NJEA has partnered with Go4theGoal , a nonprofit organization based in New Jersey, 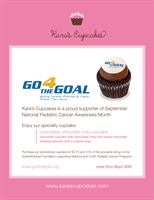 Proceeds to support the Pediatric Oncology Unit at Seattle Children's HospitalLace up your sneakers for the 2ndAnnual Richard’s Run/Walk 5K Bellevue. On Saturday, September 29, 2012 beginning at 8:30 AM, joggers, walkers and strollers of every age will rock Medina, WA with the energy to stomp out childhood cancers and raise funds for Go4theGoal Foundation’s support of the Pediatric Oncology Unit at Seattle Children’s Hospital. The Start of the USATF Certified race is located at St. Thomas Episcopal Church, 8398 Northeast 12th Street, Medina, WA 98039.  The Finish Line will be at Medina

Proceeds to benefit pediatric oncology patients at Tomorrow’s Children’s Fund, Hackensack University Medical CenterLace up your sneakers for the 9thAnnual Richard’s Run HHK 5K!  On Sunday September 30, 2012 beginning at 8:30 AM, joggers, walkers and strollers of every age will show up with the energy to stomp out childhood cancers and raise funds to support children affected by cancer and their families at Tomorrow’s Children’s Fund, Hackensack University Medical Center. The Start and Finish of the USATF Certified race is located at Borough Hall, 333 Warren Avenue, Ho-Ho-Kus, NJ (between

Go4theGoal Foundation announced funding of the first pediatric cancer Bereavement Program at Children’s Hospital University of Illinois, University of Illinois Hospital and Health Sciences System. The Bereavement Program will enable the hospital staff to provide families with many resources that will help support them during the most difficult time in their lives. “When we lose a child to cancer, it is heartbreaking for the entire family and for everyone on our team who cared for the child,” said Margaret Szabo, MSW, LSW Pediatric Oncology Social Worker. “Our new Bereavement Program

Childhood Cancer Awareness Month is September and Go4theGoal Pediatric Cancer Foundation as found a creative way to help raise awareness for children who are battling cancer. “Gold is the color dedicated to pediatric cancer, and I really wanted to find a way to raise awareness for kids who have cancer,” said 12-year old A.J.Mattia, G4G team member and cancer survivor. “My mom and I drive over the bridge when I go back and forth to the hospital for my treatments, so I contacted the Delaware River Port Authority (DRPA) and put in a request for them to light the Ben Franklin Bridge in gold

For the second consecutive year, Major League Soccer team Philadelphia Union have chosen Go4theGoal Foundation (G4G) as its lead charity on Pediatric Cancer Awareness Night at PPL Park on September 20th.   As part of Pediatric Cancer Awareness Night, the Union players will join Go4theGoal’s Lace Up 4 Pediatric Cancer campaign by wearing G4G gold shoelaces. The game, vs. DC United begins at 8:00 PM. Go4theGoal has secured 150 tickets to the match, proceeds which will benefit children affected by cancer in the Philadelphia area. Tickets are $30.00 for adults; $25.00 for students and

Throughout September, Borgata Hotel Casino & Spa in Atlantic City will support Childhood Cancer Awareness Month, in partnership with Goal4theGoal, by illuminating the pool at Immersion Spa – located on the 32nd and 33rdfloors of its signature hotel, The Water Club – with the color gold every night of the month. Through The Borgata Heart & Soul Foundation, Borgata is dedicated to making a positive difference in the lives of others through charitable giving in the areas of community, healthy and human services, culture and education. “Showing our support for Childhood Cancer Awareness 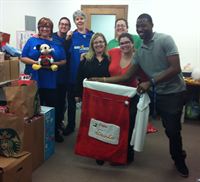 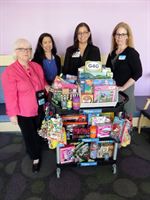 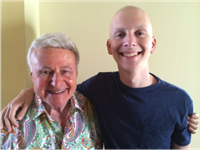 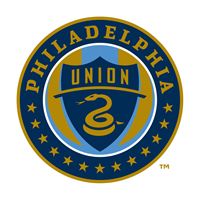