Press Office phone hours 8am-8pm CET monday-sunday phone: +46 8 517 740 10 email: kim.sjolund@sll.se The media relations staff is available to respond to journalists' inquiries and requests. We provide contact with medical and scientific staff and service for press release and images. Photography permission If you are going to photograph within Karolinska University Hospital you need a photographer´s permit. The permit is issued to protect the patients and visitors and acts as a support for you in your work. Contact the Media service at:+46-8-517 740 10 Karolinska University Hospital is one of Europe's largest university hospitals and together with Karolinska Institutet we have a leading role within the field of medical breakthroughs. Our aim is to always put the patient first by providing the best possible medical expertise, treatment and care. Through innovation and active collaboration with industry and academia, we are committed to being internationally prominent in medicine, research and education. New Karolinska Solna (NKS) is the project name for the state-of-the-art hospital currently under construction next to Karolinska University Hospital in Solna. NKS is being built to be able to meet the demands of the future as regards health and medical care – with a greater focus on the patients needs, faster provision of care, and increased patient safety with single rooms for all inpatients.

Myocardial infarction care much better in Sweden than in the UK

According to a comprehensive study in the prestigious medical journal The Lancet, care of myocardial infarction in Sweden is associated with a significantly better chance of survival than in the UK.One of the authors, Harry Hemingway, University College London, says in the press release from The Lancet that new technology and new treatment methods are routinely adopted into clinical practice much faster in Sweden. “Balloon angioplasty, stents and beta-blockers are effective treatments, all of which are used more frequently in Sweden than in the UK,” notes another of the authors, Tomas 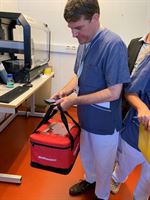 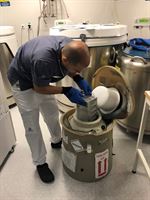 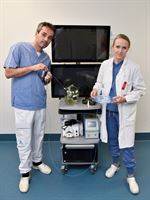 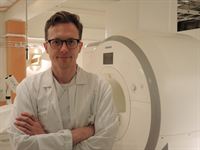 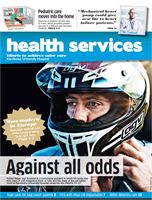