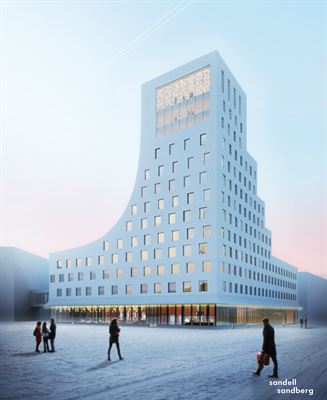 Scandic has signed an agreement to establish a new hotel in Kiruna’s new city center. The hotel property will be owned by Swedish mining company LKAB and built by Skanska. The new hotel will be Kiruna’s largest, with 230 rooms, a restaurant and Kiruna’s first sky bar. The project is expected to be finished at the end of 2021.

Kiruna is transforming its urban landscape and developing a new city center about three kilometers from the existing downtown area. The reason for this is that mining iron ore – the basis on which both business and the city are built – will jeopardize the existing city center going forward. Scandic has had an ongoing dialogue with the construction group Skanska for the last few years that has now led to an agreement to build a new hotel in district 10 of Kiruna’s new city center. When the new hotel is finished at the end of 2021, it will replace Scandic’s existing operations in what is now Scandic Ferrum.

– We are extremely happy to be involved in founding and developing Kiruna’s new city center. Just as with the existing hotel, the new hotel will be a meeting place for travelers and local guests alike. We’ll also be able to offer something unique and out of the ordinary with the sky bar we have planned, says Peter Jangbratt, Managing Director, Scandic Hotels Sweden.

The new hotel will have 230 rooms as well as conference and meeting facilities, a restaurant and a sky bar and gym on the top floor.

– We are proud to be involved in establishing a new hotel in downtown Kiruna. The project confirms LKAB’s commitment to the future and to addressing changes resulting from our mining operations. We’re also happy that Skanska has decided to establish itself here and that Scandic both shares our belief in the future and has chosen to expand, says Stefan Hämäläinen, Senior Vice President, Urban Transformation, LKAB.

– We are happy to be involved in creating the new Kiruna. Together with Scandic, we’ve developed a hotel that will be a landmark in the city, says Bernt Lundstedt, Business Developer, Skanska Sverige AB

Read more about the city on the move on the Municipality of Kiruna’s site at http://www.kiruna.se/stadsomvandling/


About Scandic Hotels Group
Scandic is the largest hotel company in the Nordic region with 16,000 team members and a network of around 280 hotels in operation and under development in more than 130 destinations. Scandic Friends is the biggest loyalty program in the Nordic hotel sector. Corporate responsibility has always been a part of Scandic’s DNA and Scandic has been a pioneer when it comes to integrating sustainability in all of its operations. Scandic Hotels is listed on Nasdaq Stockholm. www.scandichotelsgroup.com 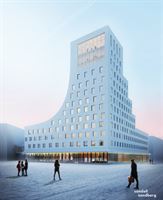