Company Introduces Denim and Other New Items in Stores and Online at SouthernTide.comSeptember 14, 2011, Greenville, S.C. – Officials with Southern Tide, a rapidly growing lifestyle brand of apparel that boasts exceptional craftsmanship, clean lines, fine quality and classic design, today announced the company has released several new items, including the Southern Tide Vintage Collection. Items include men’s jeans, chinos, and a variety of shirt styles. In addition, Nautical polo shirts and canvas belts have been added to company’s apparel line, as well as new designs and colors to existing

New Items are Available for Purchase In Stores and Online at www.SouthernTide.comJuly 28, 2011, Greenville, S.C. – Southern Tide, a rapidly growing lifestyle brand of apparel that boasts exceptional craftsmanship, clean lines, fine quality and classic design, today announced the company has released newly redesigned styles of Southern Tide sport shirts and long sleeve T-shirts, as well as a new Skipjack needlepoint belt. A must have for every wardrobe is the new Southern Tide needlepoint belt. Made exclusively for Southern Tide by Smathers and Branson, the needlepoint belt is hand

Myrtle Beach's "Kids Play Free" Program Offers Golf on More Courses Than Any Other Destination in the U.S.

Apparel Company to Provide More Than 3,000 Tournament Players, Staff, and Volunteers with Apparel and AccessoriesMay 17, 2011, Myrtle Beach, S.C. – Southern Tide, a Greenville, S.C.-based manufacturer of a rapidly growing lifestyle brand of apparel, today announced that the company has been named an official apparel sponsor for the 2011 GOLF.com World Amateur Handicap Championship. More than 10,000 Southern Tide products will be provided for the anticipated 3,000 amateur golfers, in this year’s tournament. Southern Tide featured items, which will be provided to golfers in the tournament

Eddington Served as Clubhouse Manager at The Dunes Golf & Beach Club Since 1999May 5, 2011, Myrtle Beach, S.C. – Donna Eddington has been named as the new general manager of The Dunes Golf & Beach Club in Myrtle Beach, announced today by the club’s board of directors. Eddington had been serving as clubhouse manager since 1999. Her new duties take effect on May 1. She is the first female general manager in the history of the club and one of only four in this position among the Top 50 clubs currently listed on  Golf Digest’s “Top 100 Greatest Public Courses” list. “Donna (Eddington) is by

MyrtleBeach.com Providing One Stop Shopping for Lodging, Attractions and Savings

MYRTLE BEACH, S.C., April 20, 2011 -- MyrtleBeach.com, the leading tourism portal for the Myrtle Beach area, recently launched a new and improved website. The upgraded site was launched on April 8 and is the result of extensive A-B and Multivariate testing. Enhancements include a new logo and color scheme, social media integration and a mobile version for an improved user experience. The overhaul is the first step in a series of planned updates for the website. The new site takes advantage of the proliferation of social media and mobile Internet usage. To improve user experience on the 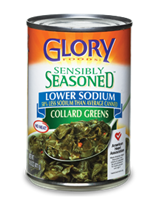