Viking Line ends an exceptional year with faith in the future 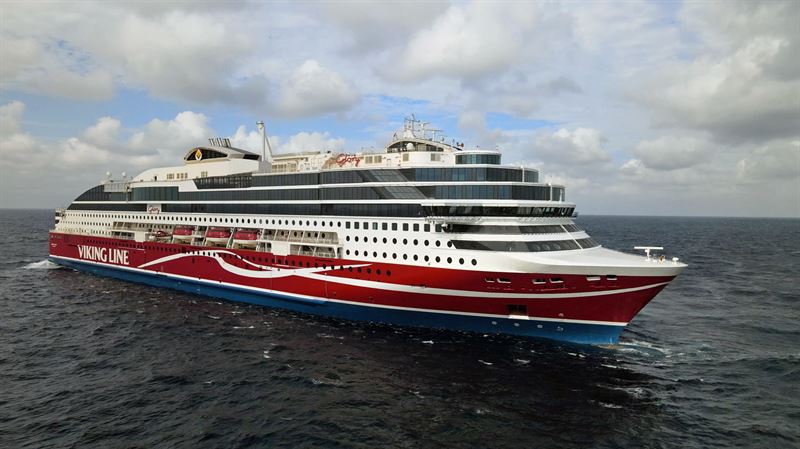 Like 2020, 2021 was an exceptional year for the entire world, including Viking Line. The operating environment was highly unfavourable due to the pandemic, as were the economic consequences. At the same time, the company experienced a number of positive events during the year. Mariella, one of  Viking Line’s seven vessels, was sold in May, and in December the new climate-smart Viking Glory was delivered.

Traffic on the different routes

The largest increase was on the Turku–Åland–Stockholm route, which had 904,321 passengers (+51.9%). On the Helsinki–Åland–Stockholm route, the number of passengers fell to 153,183 (-11.3%), with passenger volume affected by the sale of Mariella in May 2021. The other vessel on the route, Gabriella, made a number of special cruises to various Finnish destinations. After a brief guest appearance on the Turku route, Viking Cinderella launched regular service between Stockholm and Mariehamn on June 3 and made a number of special cruises to Swedish destinations, serving a total of 261,010 passengers during the year (+26.2%). The total number of passengers between Mariehamn and Kapellskär on Rosella was 348,209 (+81.8%). Between the capital cities of Helsinki and Tallinn, Viking XPRS had 591,122 passengers (-21.1%), with the decrease a result of tighter travel restrictions for parts of the year.

“Given the challenging situation for running operations in an environment where there was no demand at times due to restrictions and other limitations, we are satisfied with the volumes for the year. Passenger numbers on the Turku route are especially gratifying, with Åland – an attractive holiday destination – seeing a significant upturn in Finland. The summer’s special cruises with Viking Cinderella were greatly appreciated by our guests. In the autumn of 2021, the situation started to normalize, but this trend was interrupted by the new Covid-19 variant and subsequent tightening of travel restrictions. We are also pleased that there was great demand for space on our car decks, which is reflected in cargo and car volumes,” says Jan Hanses, President and CEO of Viking Line.

During the year, construction of the climate-smart vessel Viking Glory was completed at the XSI shipyard in Xiamen, China, and on December 23, ownership of the vessel was transferred to Viking Line. On December 28, the vessel began its journey home to Turku under the command of Captain Ulf Lindroos with a crew of forty. The route will proceed via the Suez Canal and the Strait of Gibraltar, and the journey will take nearly five weeks. The new Viking Glory will launch service on March 1, 2022.

“We look forward to welcoming Viking Glory in February in Turku. The vessel will be unique and beautiful – both its interiors and exterior.  We already see enormous interest in the vessel, which is gratifying. That gives us faith in the future,” says Viking Line’s President and CEO, Jan Hanses.

Viking Line ended the third quarter of 2021 with good liquidity. To further help implement Viking Line’s strategy for continued profitable growth in a post-pandemic environment, a preferential share issue for existing shareholders was carried out during the autumn, which was a success. There was great interest among shareholders, employees and the general public in the share issue, which was oversubscribed. Initially a total of 8,584,070 shares were subscribed for, which corresponds to about 132.5% of the offer shares. The final number of shares was 6,480,000. As a result, Viking Line generated proceeds of about EUR 51.8 million.