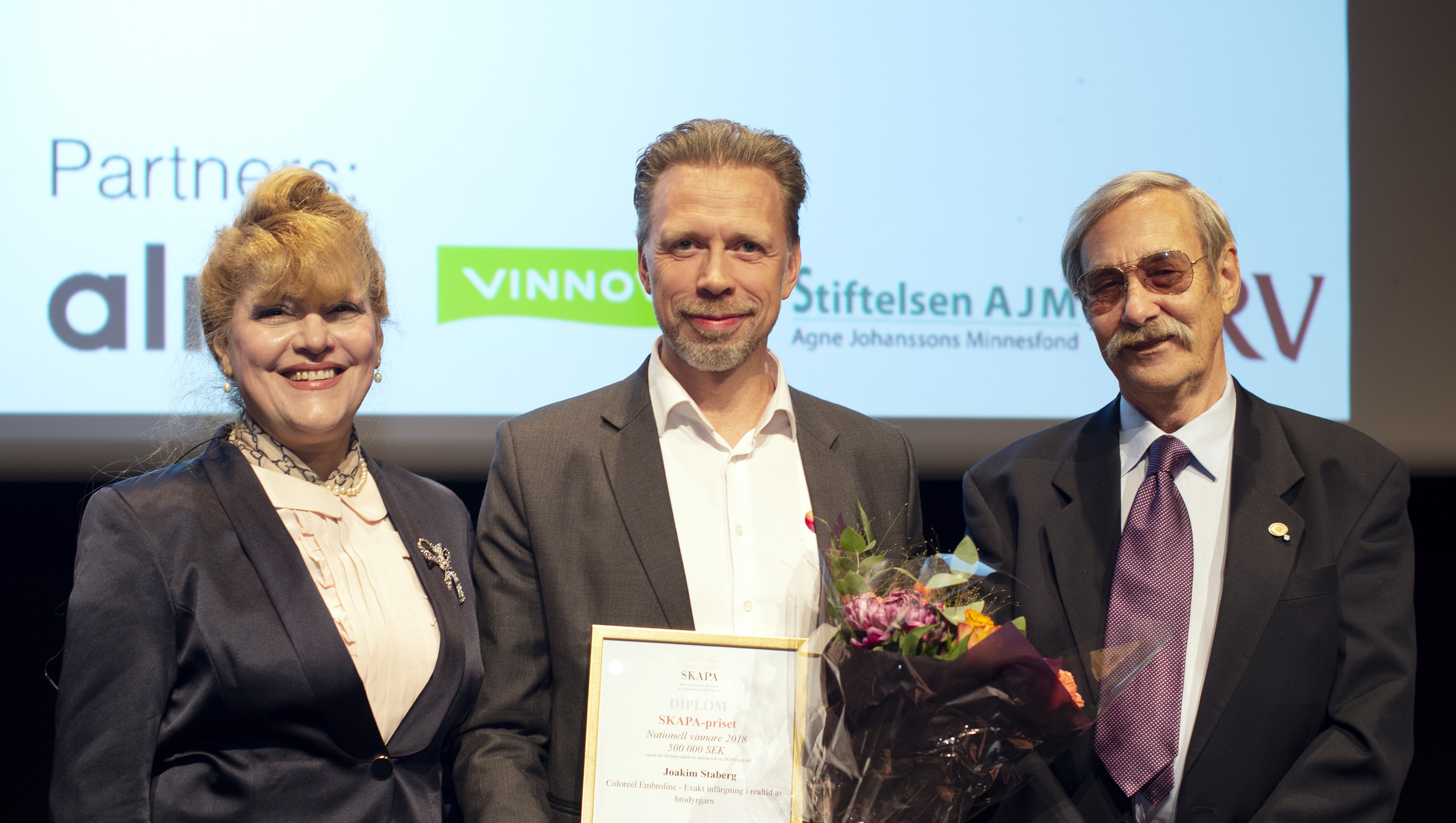 This year’s winner of the prestigious Innovation award, the SKAPA prize is Joakim Staberg and his Coloreel who has developed a unique machine for digital thread coloring that will revolutionize the textile industry. This places Coloreel as one of the most innovative companies in the world since Sweden is ranked as the 2nd most innovative country in the world according to 2018 Bloomberg Innovation Index.

Joakim Staberg received this year’s award of 500 000 SEK from the Foundation SKAPAs chairman Minoo Akhtarzand and one of Sweden’s most well-known innovator, Håkan Lans. The award was handed out at the SKAPA innovation gala, which was held in Stockholm on 8 November. The SKAPA award is established in memory of the famous inventor Alfred Nobel.

”This year's prize winner shows great innovation spirit and that the Swedish textile industry is at the forefront. COLOREEL, as the innovation is called, revolutionizes the technological possibilities for industrial embroidery. The innovation shortens production times and allows for embroidery in the precise colors you want. Also, for the first time, it is now possible to produce gradients in the embroidery" says Minoo Akhtarzand, Chairman for the foundation SKAPA. She is the governor of Västmanlands county and deeply engaged in innovation.

Coloreel has put in more than nine years of hard work and dedication in developing their now heavily patented technology. Despite facing hard circumstances and overcoming the complexity of this technology, Coloreel has transformed their unique idea into a unique product.

”It feels inspiring that we can now call ourselves Swedish champions of innovation after so many years of hard work. It is strong proof that the whole Coloreel team has accomplished something beyond the ordinary. We are now in the middle of a strong expansion and are fully focused on bringing our first thread coloring product to the market” says an exited Joakim Staberg, Innovator & Founder of Coloreel.

17 September this year, Coloreel launched their first thread coloring unit at the fair Avantex Paris, which focus on innovations for the textile and fashion industry. The market response is very strong and the company has a large number of business inquiries from well-known companies ranging from the sports and lifestyle segments to exclusive fashion and haute couture. The first thread coloring units will be delivered to the first customers early 2019.

“Today's thread dyeing plants can only color thread in a single solid color. With the Coloreel technology, you can get a fast and high-quality coloring of a textile thread while using the thread in production. The first product based on this technology is a ground-breaking thread coloring attachment that will be used in existing embroidery machines. By coloring a white thread during embroidery production, Coloreel gives you complete freedom to create unique embroideries without any limitations in the use of colors. This technique not only contributes to increased efficiency, but also in an innovative way to the efficiency of the Global textile industry, development and growth.”

For more information about Coloreel, visit www.coloreel.com or contact:

Coloreel is a Swedish technology innovation company within the textile industry. Since 2009 the company has developed the Coloreel technology, a ground-breaking innovation that enables high-quality coloring of textile thread on demand, opening up for new amazing design possibilities. Coloreel’s first product based on the Coloreel technology is a thread coloring unit which is created to be used with industrial embroidery machines. The patented base technology can also be used for sewing, knitting, weaving and more.

About the SKAPA award:

SKAPA is a foundation founded in memory of famous inventor Alfred Nobel in 1985 and awarded its first award in 1986. Behind the foundation is the Stockholm Fair and the Swedish Invention Association, supported by Almi Företagspartner AB, VINNOVA, the foundation of Agne Johansson's Memorial Fund and the Patent and Registration Office.

The prize is awarded to innovators/inventors who made the most worthwhile efforts in innovation and creativity, development of products and services that can lead to commercial opportunities. Stimulating the willingness to innovate in Sweden is a national concern for growing growth and thus creating more jobs. 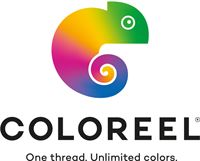 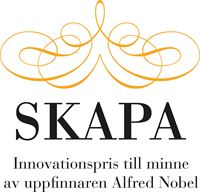