Focus on core business Hoist Finance’s third quarter delivered slightly increased portfolio volumes with acquisitions totaling SEK 1.2 bn. The collection performance was stable at 99%. Profit before tax was SEK 82m, an increase compared to the previous quarter. Income was slightly higher, and costs were flat.  “During Q3 we completed the performance review started during the summer. We have identified the measures needed to strengthen the core business and improve the result. Based on this we have initiated a transformation program to lower absolute costs, improve productivity and

In accordance with a decision by the Annual General Meeting, the Nomination Committee in Hoist Finance shall consist of four members. The members should be one representative of each of the three largest shareholders, together with the chairman of the board in Hoist Finance. The members of the Nomination Committee have been appointed based on the ownership structure as per 31 August 2021, and are: · Per Arwidsson, chairman, appointed by Arwidsro; · Erik Selin, appointed by Erik Selin Fastigheter AB; · Joachim Spetz, appointed by Swedbank Robur Funds; and · Mattias Carlsson,

On October 4 Moody’s Investors Service affirmed Hoist Finance AB (publ)’s (the “Company”) senior unsecured ratings of Baa3, the Company’s issuer ratings of Baa3/P-3, and the Company’s subordinate Ba3 ratings. The junior senior unsecured programme rating was upgraded to (P)Ba2 from (P)Ba3. Furthermore, the Baseline Credit Assessment was affirmed at ba3. The outlook on the long-term senior unsecured and issuer ratings was changed to stable from negative. For further information, please contact: Mathias Zetterqvist, Group Head of TreasuryTelephone: +46 70-979 48 47 About Hoist

Hoist Finance’s second quarter was stable in terms of performance, but with limited growth. The market saw quite a lot of activity, but the competition was very high, leading to high-priced portfolios. The collection performance was solid at 102%. Without one-off effects, profit before tax was SEK 64m. “We need to focus and improve performance. We are initiating a transformation to accelerate portfolio acquisitions, improve productivity and reduce costs,” says Per Anders Fasth, CEO of Hoist Finance. April - June 2021 · Total operating income amounted to SEK 625m (513) · Profit/

Hoist Finance will publish the interim report for the second quarter 2021 on Wednesday, July 21, at approximately 07.30 AM (CEST). A combined presentation and teleconference for investors, analysts and media will be held at 09:30 AM (CEST). Per Anders Fasth, Acting CEO and Christer Johansson, CFO will present and comment the report. The presentation will be held in English and broadcast live at: https://financialhearings.com/event/13680 No advance notification is necessary. Dial-in numbers for the conference call: SE: +46850558357 UK: +443333009269 US: +16467224957 The

Lars Wollung has more than 20 years of experience from the financial and IT industries. Among other positions, he was the CEO of Intrum for seven years and of the IT consultancy company Acando for eight years. Lars joined the Hoist Finance Board of Directors in 2019. He has now decided to leave his non-executive position on the Board to support the company’s operational efforts as a consultant, to ensure improved profitability. ”I look forward to becoming more operationally involved in Hoist Finance. I’m convinced that there is significant potential in the company and believe that I can

Hoist Finance Board of Directors have appointed newly elected Board member Per Anders Fasth acting CEO as of May 31, 2021. Klaus-Anders Nysteen is leaving as CEO of Hoist Finance with immediate effect. The Board will start the work to find a permanent solution immediately. “Klaus-Anders has led Hoist Finance well during three challenging years, including implementation of extensive change and improvement efforts in order to implement the strategy. The Board however concludes that the company has not evolved as quickly as expected and believe that new leadership is needed in order to

Hoist Finance has appointed Christian Wallentin as CFO. As previously communicated, the current CFO Christer Johansson will leave Hoist Finance later this year. Christian has more than 20 years of experience from the financial industry. During the last 11 years, Christian has worked at Nordea, where among other roles, he worked as CFO of the merged Nordea and DNB Baltic operations, Luminor. In addition, Christian has extensive investment banking and investing experience from companies such as Goldman Sachs and Permira. "I am excited to have the opportunity to join Hoist Finance as CFO.

“Hoist Finance’s first quarter was impacted by the consequences of the pandemic and further lockdowns across Europe. Limited investment volumes in 2020 and forward-looking impairments in some portfolios, predominately in the UK and Spain, explain the negative profits in the quarter. The underlying financial performance adjusted for forward-looking impairments totals SEK 120m compared to SEK 110m in the first quarter last year. Collection performance remains solid at 103%, and our efforts to improve efficiency continue according to plan. In the quarter we acquired our first portfolio via the

Hoist Finance will publish the interim report for the first quarter 2021 on Thursday, April 29, 2021, at approximately 07.30 AM (CEST). A combined presentation and teleconference for investors, analysts and media will be held at 11.00 AM (CEST). Klaus-Anders Nysteen, CEO and Christer Johansson, CFO will present and comment the report. The presentation will be held in English and broadcast live at: https://financialhearings.com/event/13679 No advance notification is necessary. Dial-in numbers for the conference call: SE: +46850558366 UK: +443333009264 US: +18338230586

Hoist Finance’s Annual General Meeting (the “Meeting”) was held on Tuesday 13 April 2021. Due to the Covid-19 pandemic, the Annual General Meeting was held without the physical presence of shareholders, representatives and third parties. The shareholders were able to exercise their voting rights only by voting in advance via postal voting. A webcast with the CEO Klaus-Anders Nysteen’s reflections on 2020 was published ahead of the Meeting on the company’s website. Approval of the Income Statement and the Balance Sheet The Meeting approved the income statement and the balance sheet for

Despite that total collection performance continues to be above the active forecast for the quarter (102 per cent), Hoist Finance has decided to make an impairment of approx. SEK -350m for the first quarter of 2021. In the first quarter, most jurisdictions have performed in line with or above the active forecast, which since Q2-20 takes the effects of the Covid-19 pandemic into account. This active forecast assumed reduced collections in 2020, but a gradual return to normality starting in 2021. However, due to the prolonged nature of the Covid-19 pandemic, the uncertainty around the

Hoist Finance's annual report 2020 and the Pillar 3 report are now published on our website. The annual report is available both in an online version  and as a downloadable PDF document. Despite the global turmoil in 2020, Hoist Finance continued to deliver on the strategic agenda set in 2018. There has been significant performance improvements in France and Germany. Germany was also the most active market in terms of portfolio acquisitions in 2020, although the overall acquisition level was low as a result of the pandemic. Our efforts to be the

During today’s virtual Capital Markets Day, Hoist Finance presented an update on the company’s strategic direction and financial targets. The day has covered: · An in-depth presentation of the company’s four business lines: Digital, Contact Centre Operations, Secured Assets and Retail Banking. · The significant progress made in closing the performance gap despite two challenging years, including adapting the business model in light of regulatory changes · Presentation of the positive market outlook, with a deep dive into the most important Hoist Finance markets. The company

Hoist Finance is pleased to invite investors, analysts, media and other stakeholders to a virtual live streamed Capital Markets Day on Thursday February 25 from 13:00 to approximately 16:30 CET. The executive management team will give an update on the strategy and financial targets, as well as ambitions for the coming years with a continued focus on sustainable profitability in a growing market. Furthermore, the management team will give an in-depth presentation of the four business lines: Digital, Contact Centre Operations, Secured Assets and Retail Banking. Enter this link to follow

“Hoist Finance presents continued strong cash generation in the fourth quarter. Our digital efforts are showing, as we are on a record high 20 per cent all-digital collection rate. As a result of continued uncertainty caused by the pandemic, we have taken a prudent approach to valuation of portfolios, resulting in negative forward-looking impairments of SEK -49m. Looking forward, thanks to our solid capital and funding position, we are ready for growth in the increasingly positive market outlook for NPLs. Our purchasing capabilities is further strengthened by taking the next step in our

Hoist Finance launched the next phase of the company’s Securitisation Programme (“Programme”) by signing a co-operation agreement with alternative investment manager Magnetar Capital. The agreement stipulates new portfolio investments on a pan-European level and will create a framework for future purchases in the current regulatory environment. “We are very proud to launch this transformative project for Hoist Finance, making securitisation an integral part of our sustainable business model. The partnership with Magnetar will strengthen our purchase capabilities, which is timely and

CFO, Christer Johansson, has after seven years with Hoist Finance, decided to step down from his role and leave the company. “It is with regret that Christer has informed me of his intention to step down from his role as CFO to pursue new challenges outside of the industry. I want to thank Christer for his continuous commitment and important contribution to Hoist Finance. He leaves the company in a strong position for future growth and continued development”, says Klaus-Anders Nysteen, Hoist Finance CEO. “Since I started in 2014, the company has been listed on the Nasdaq stock

The Nomination Committee’s proposal to the AGM 2021

The Nomination Committee has concluded its nomination work and decided that the following proposals will be presented to the Annual General Meeting 2021: · The election of Mattias Carlsson as chairman of the board; · The re-election of Malin Eriksson, Henrik Käll and Lars Wollung as board members; and · The election of Fredrik Backman, Per Anders Fasth, Niklas Johansson, Helena Svancar and Peter Zonabend as board members. As previously communicated, Ingrid Bonde has informed the Nomination Committee that she will not be standing for re-election as chairman of the board at the 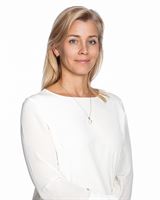