LivingSocial offers daily deals on handpicked experiences that can be shared with friends. Our mission is to add surprise to every calendar. So we dig deep, pursuing both the things that define a place and the undiscovered jewels. We design total experiences that bring an adventurous, loyal new following to local businesses. Innovation and imagination have made LivingSocial the fastest-growing company in the social-buying category. We satisfy cravings for the new and different at significant savings. LivingSocial means living with real connection. We shape social lives.

DAILY DEALS PROVING AS POPULAR AS EVER 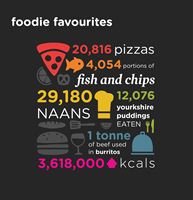 DAILY deals popularity shows little sign of slowing down in 2012, after LivingSocial announced the number of vouchers sold had almost doubled when compared to the previous year.The social commerce provider, which helps connect local people with local businesses, sold more than 330,000 vouchers in the UK between January and March, almost twice the 167,937 figure recorded for 2011. Since January 2011, LivingSocial has sold over 1.4 million vouchers in the UK; helping members save well in excess of £50 million, on a variety of experiences and products from spa treatments and fine dining, to

LIVINGSOCIAL has teamed up with Boots UK, the leading health and beauty retailer, for a second time to offer Boots Advantage Card holders the opportunity to boost their points.Members of the premium social commerce website can purchase 1,000 points, worth £10, to spend on products in-store at Boots, for just £5 by using LivingSocial’s daily deals platform. To collect the points, shoppers need to complete a minimum £1 purchase using Boots Treat Street, an initiative that allows Boots Advantage Card holders to collect points when shopping online, with over 100 well-known retailers part of

The promotion, which started earlier this year, invited Londoners to nominate their office for a surprise visit by using the hashtag #instantsurprise. The company, which prides itself on helping consumers discover new and exciting experiences in their local area, launched the campaign to promote its instantly available location-based dining deals Cristina Astorri, Marketing Manager for UK and Ireland at LivingSocial, said: “This campaign represents a fantastic mix of online and offline elements, with the combination of social media and experiential blending seamlessly together to

HEAD TO HILLSBOROUGH THIS BANK HOLIDAY

The deal, the first of its kind in conjunction with the Owls, offers tickets for the League 1 home game against Oldham Athletic on Monday 9 April through the daily deals website, which is city-specific. LivingSocial members will be eligible to purchase adult match tickets for just £10 -- saving £16 -- whilst family tickets are available for £20 or a hospitality package for only £49. Peter Briffett, Managing Director of LivingSocial UK and Ireland, said: “This partnership is another fantastic example of LivingSocial offering our members something they would never have expected.  “ 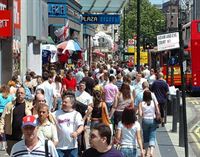 ALMOST £300million has been spent by UK consumers on daily deal websites in just six months – helping to boost falling high street sales following reports by the British Retail Consortium (BRC).The research, by DD Summit Europe, Europe’s first daily deal event, found that UK consumers enjoy an average saving of 56% on products and services purchased through sites such as LivingSocial. This will be welcome news for high street retailers after the BRC released figures that show like-for-like sales were down on last year. LivingSocial -- one of the industry’s leading social commerce

EVEN MORE BARGAINS IN YOUR BASKET

TESCO has teamed up with LivingSocial to offer customers in Sheffield the opportunity to exchange their Clubcard vouchers for experiences through the daily deals website.The pilot deal will allow Tesco Clubcard holders to purchase £15 of LivingSocial Deal Pounds for just £7.50; effectively doubling the value of the Clubcard vouchers. LivingSocial offers shoppers the chance to enjoy great value local experiences and services, with savings typically ranging from 50-90%, whilst also helping people to rediscover their local area and sample new experiences on their doorstep. The social

THE SKY'S THE LIMIT FOR BIRMINGHAM BUSINESS

SAVING money and discovering new experiences became a lot easier in Birmingham recently after daily deals site, LivingSocial, opened a second locality in the area.The premium social commerce site has been operating in the area since November 2010; offering West Midland shoppers the opportunity to take advantage of savings between 50 and 90 per cent off local experiences, services and products. LivingSocial has worked with national brands such as Marks and Spencer, Tesco and HMV, and previous deals have included rally driving days, murder mystery weekends, and luxury getaways. Further

The flesh eating fiends were enjoying a ‘taste’ of London as promotional for an event called ‘Zombie Riot’, available exclusively through social commerce experts LivingSocial. As economic strains tighten shopper’s budgets and the risk of ‘zombie High Streets’ grow, LivingSocial is proof that social commerce is alive and kicking, with over 60 million members, and operations in more than 20 countries around the world, spanning six continents. Managing Director of LivingSocial UK and Ireland, Peter Briffett, said: “People are becoming increasingly careful with how they spend their money.

Enjoy fun as a family this half term in South West Wales without worrying about breaking the bank thanks to a new service launched this week by LivingSocial.The social commerce website is offering deals aimed specifically at families; beginning with two games of laser tag for four people,  priced at just £12 – a saving of 50 per cent. Abby Petrie of L.E.C laser centre, who are offering the deal, said: “We are excited about working with LivingSocial to present local families with our fantastic offer. “Doing anything as a family can soon add up so it is a great opportunity to provide

Once in a lifetime opportunity

VALENTINE's Day is almost here and perhaps you're thinking of sneaking out to the shops for those last minute flowers - why not try something different?Instead for a mere £8,290 you can enjoy a unique overnight stay in a five-star castle, with history dating back to the 15th century, as part of a bespoke deal being offered by social commerce website LivingSocial. As part of the deal the buyer (and guest) will enjoy exclusive reign of the Lough Eske Castle in Ireland; taking in breath-taking views of the Donegal coastline by helicopter, receive professional hair and make-up treatment and