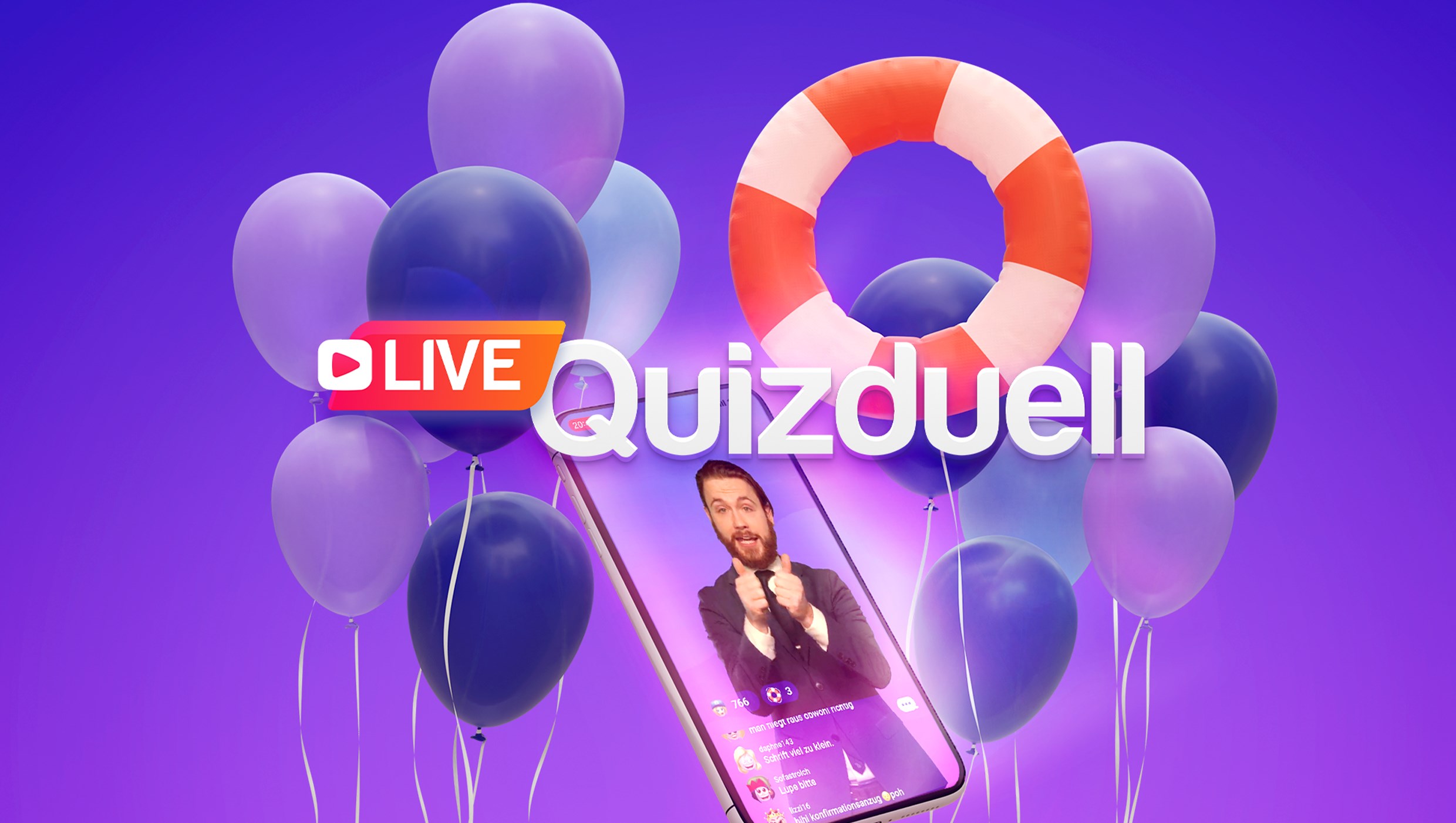 After a successful test period, MAG launches QuizDuel Live, a game mode with live trivia shows in New QuizDuel. The game mode is now available to all players in Germany.

Stockholm, Sweden - 8 March 2021 - MAG Interactive today announces the launch of the new game mode QuizDuel Live in New QuizDuel to the German market. The game mode consists of live quizzes with a host and is designed together with the leader of live mobile game shows in Scandinavia, Primetime, which was acquired by MAG in the fall of 2020.

The game mode has been tested on a limited scale since December and is now made available to all players in New QuizDuel’s largest market, Germany. The Swiss and Austrian markets will also gain access to the game mode in the near future.

QuizDuel Live broadcasts several days a week and participation is free of charge. The shows are led, in classic TV trivia style, by a host and the players compete by answering up to 12 questions. Players can also interact with the show through real-time chat. In the event of a wrong answer, the player is knocked out and can then choose to continue watching the broadcast or to use a so-called lifeline - an aid that can be used up to question 7 to continue playing.

Players who answer all questions correctly share the prize pool equally. Prizes vary - at present players can, among other things, win lifelines or tickets to the Arena game mode. Other kinds of prizes will be added in the near future. As QuizDuel Live is monetized through sponsorship campaigns, it will also be possible to compete for other exclusive prizes in the live show.

“We are very excited to launch QuizDuel Live and thus offer the German audience a new type of interactive entertainment in New QuizDuel. Over the years, the German version of QuizDuel has been downloaded by more than 40 million players and the integration of live broadcasts in New QuizDuel was one of the strongest potential synergies we saw with the acquisition of Primetime. At record speed, we have now managed to build Primetime's user experience in a natural way into the core of one of Germany’s largest mobile games with millions of active players. I am very happy to see how well the collaboration between the teams has worked from the beginning.

We are seeing how people increasingly appreciate engaging and interactive entertainment on their phones. QuizDuel Live means that we have taken another step towards creating the world's best trivia experience for mobile, and we are now starting a new, exciting chapter for New QuizDuel”, says Daniel Hasselberg, CEO of MAG Interactive.

About MAG Interactive
MAG Interactive is a leading mobile game developer focused on casual social games. With passionate, creative teams and a data-driven business model, MAG delivers world-class gaming experiences to millions of players worldwide. MAG specializes in word games and trivia, with a portfolio of titles including New QuizDuel, Wordzee, Primetime, Word Bubbles, Ruzzle, Word Domination and WordBrain, that have been downloaded over 350 million times. MAG has studios in Stockholm and Brighton and was listed in 2017 on the Nasdaq First North Premier Growth Market with the ticker MAGI. FNCA Sweden AB is appointed Certified Advisor to MAG Interactive. Email: info@fnca.se. Telephone: +46 (0)8-528 00 399. For more information visit www.maginteractive.com