On board Viking Glory, passengers can take a yoga class and enjoy unbeatable sea views – in the old days, a cabin under the car deck was a big experience

When the first passengers climb aboard Viking Line’s flagship Viking Glory in March, they’ll encounter experiences unlike any other – everything from a slowly rotating VIP venue with unparalleled views to the Baltic Sea’s first yoga room. Viking Line’s vessels have always offered surprises: Apollo opened the first duty-free shop, Turella introduced a disco under the car deck, and Mariella had cabin berths for every passenger in the glittery 1980s.

“In previous decades, the cruise alone was a luxury. A seat on the deck was more than enough, and people bought duty-free bottles of spirits as gifts through a kiosk window. On board the new Glory, to satisfy customers’ requests, for example, we’ve built the first gym and yoga room on the Baltic Sea.  That shows how maritime travel has changed. In particular, many passengers who travel frequently with us would rather work out than party,” says Viking Glory’s intendant, Stig Pernell, who has more than 40 years’ experience on Viking Line’s vessels.

Passenger expectations of maritime travel and leisure activities have been raised with each decade – and every new Viking Line vessel has raised the bar even higher by offering the most sensational experiences of their era. The launch of the world’s largest passenger and car ferry, Mariella, in 1985 was a major event. A new feature then was that all 2,500 passengers had their own cabin berths and could choose from a number of different restaurants.

“I remember how people marvelled at Mariella’s elegant interiors. In particular, the spacious entrance with its three-storey light shaft and impressive copper light fixtures made visitors catch their breath. In contrast, Viking Glory’s interiors are dominated by the archipelago and the sea, which are visible from all parts of the vessel,” says Stig Pernell.

But some things never change. “When we announce that we’ll arrive in Stockholm in one hour, there’s always some joker who asks whether that’s Finnish or Swedish time”, Stig Pernell continues with a smile. 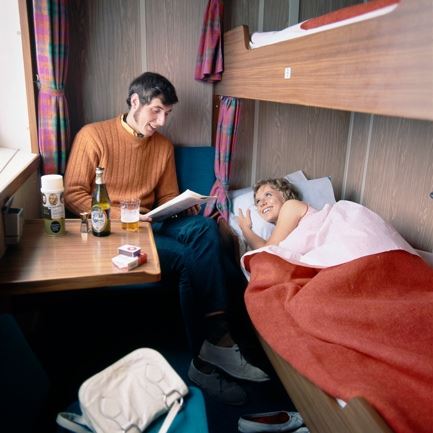 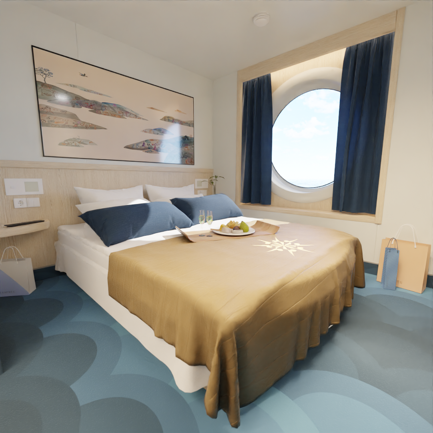 From deck seating to impressive double beds
In the 1980s, passengers could still book deck seating. The cabins were cramped by today’s standards, and a window was the biggest luxury. The most affordable categories of cabins were below the car deck. Viking Glory has no cabins below Deck 5. Double beds with thick Finnish spring mattresses are also available in many of the Standard cabins. People who truly want to enjoy life can book a designer suite with a fantastic sea view, even from the jacuzzi. 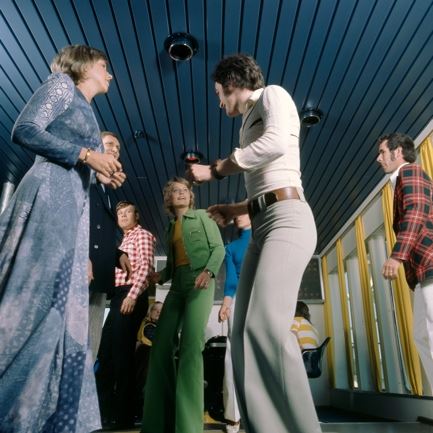 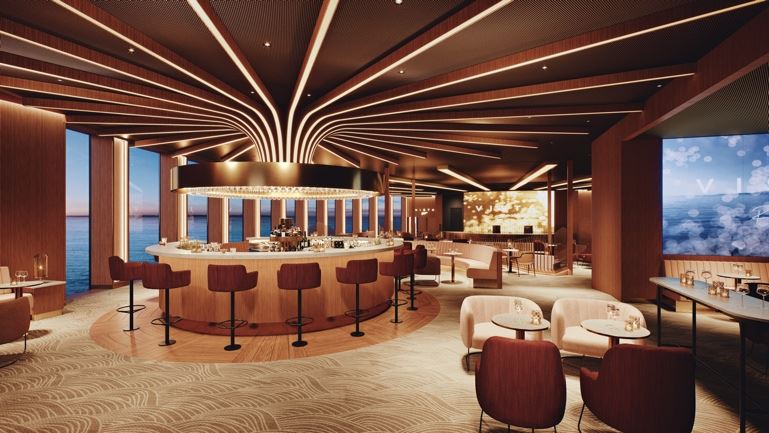 Disco dancing and star power
Dance orchestras performed on Viking Line’s vessels as early as the 1960s. The first disco featuring disco balls and velvet sofas opened in 1979 on Turella, under the car deck. Many of the stars in this era, such as Armi and Danny, performed on board the vessels. TV quiz shows were also recorded on Viking Line’s vessels. The Finnish quiz show Passi ja hammasharja was filmed on Cinderella, while Megavisa was filmed on Isabella. The nightlife on board Viking Glory will take place not in some dark den but in the vessel’s panoramic restaurant, Vista Room. The venue also transforms into a  perfect location to enjoy international top-quality shows as well as local artists. 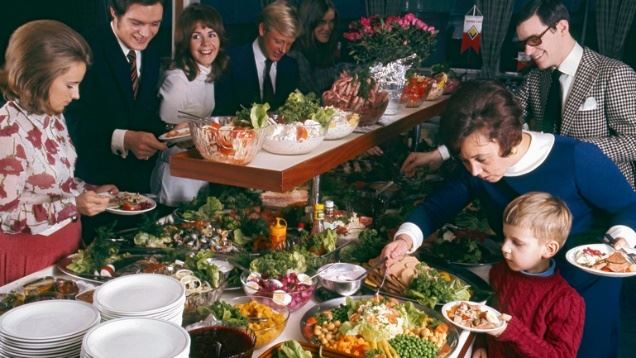 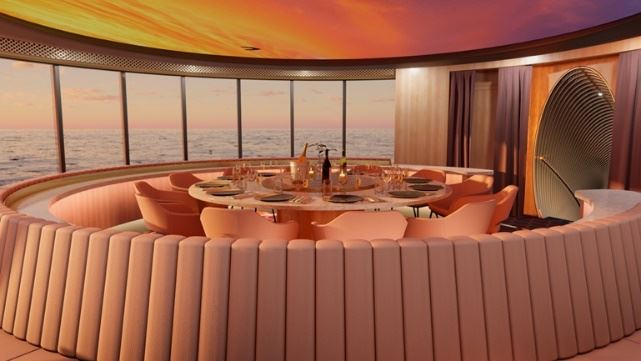 It started with a smörgåsbord
On Viking Line’s first vessels, self-taught pantry and catering chefs from Åland were in charge of the smörgåsbord. Among the foods served in the buffet were roast beef, a variety of salads and cold fish dishes. In the 1980s and 1990s, Italian- and Asian-themed weeks were especially popular. One new restaurant experience on Viking Glory is Market, a kind of marketplace where each and every passenger can choose their favourite from the different stalls. The vessel’s special feature is the rotating private restaurant Fyren, which can be booked for small dinner parties or drinks receptions. 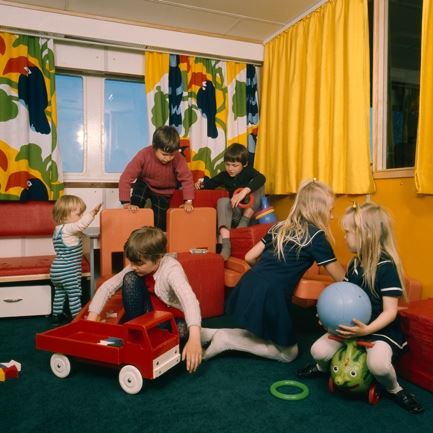 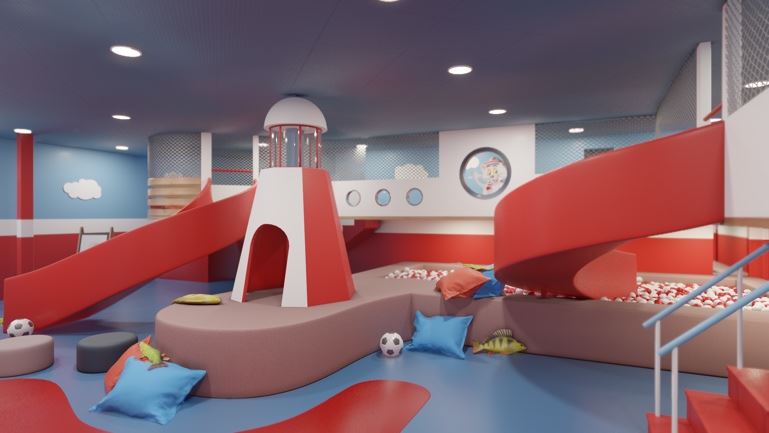 The ball pit never gets old
In the colourful 1970s, the youngest passengers drove ride-on cars around the playroom, surrounded by Marimekko fabrics. That’s when the ball pits were also introduced. The ship’s cat, Ville Viking, has lived on Viking Line’s vessels since the 1980s. Naturally, the ball pit and the company’s well-known mascot are also on Viking Glory. Along with a playroom, the new vessel has spaces for young people as well, including a climbing wall. 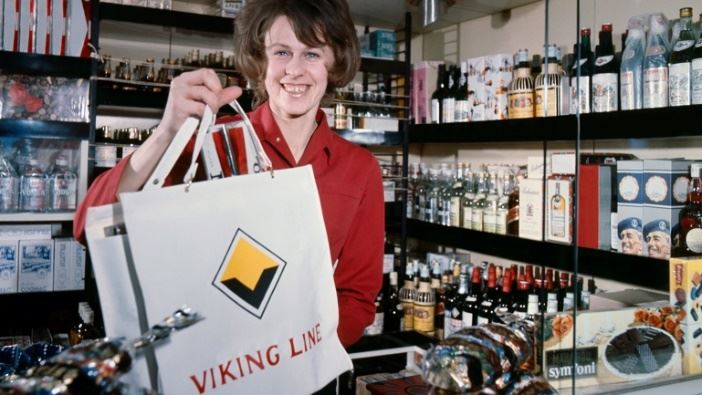 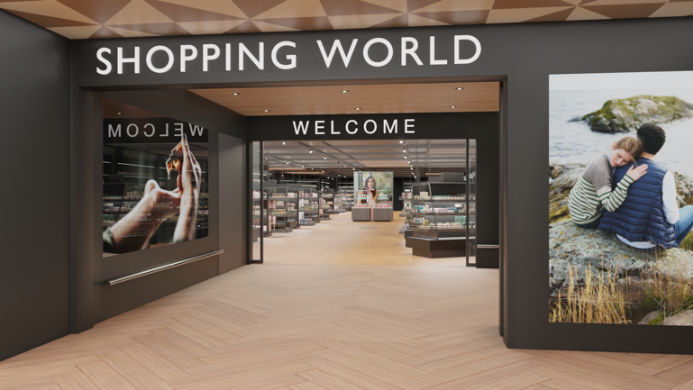 Duty-free gifts to take home
Duty-free items were initially sold in kiosks on board the vessels. At first, the range of goods for sale consisted only of alcohol and tobacco products, with sweets and fragrances later included. The first duty-free shop opened in 1970 on board Apollo. It was a novelty then for customers to be able to select their items from the shelf. Alcoholic beverages still had to be stored in the shop overnight. That rule changed only when Finland joined the EU. Viking Glory’s spacious Shopping World has a wide range of items on offer, with everything from quality wines to cosmetics, apparel and jewellery.

“It’s no longer enough to have spirits, tobacco and sweets, which people stockpiled in the past. Along with those items, customers want to shop for clothes, cosmetics and quality wines,” says Viking Glory’s intendant Stig Pernell. 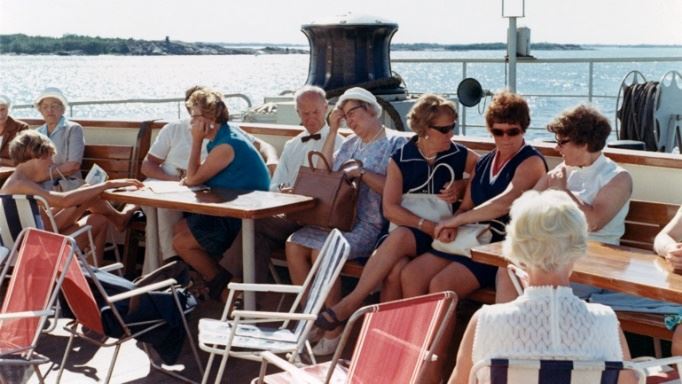 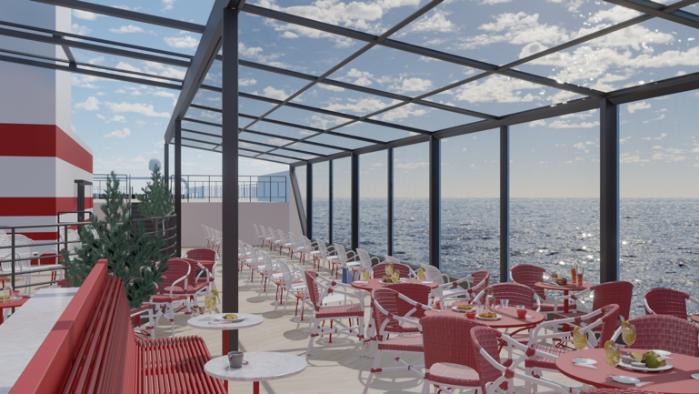 Life on the sun deck
In the 1960s, beautiful summer days were spent in folding deck chairs – but when it was cold or bad weather, no one wanted to be on the sun deck. Viking Glory’s Viking Terrace is a combination of rooftop restaurant and outdoor dining area, and the first of its kind on the Baltic Sea. Thanks to glazing and infrared heating, Viking Terrace has a summer season that runs from early spring to late autumn. Breakfast and grilled dishes are served here, and in the evening music is also featured. 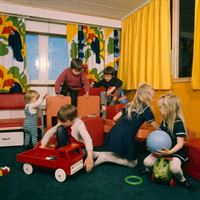 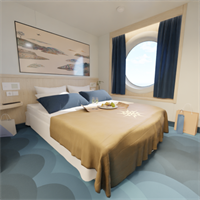 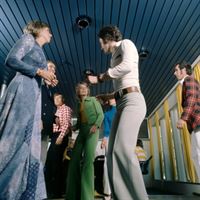 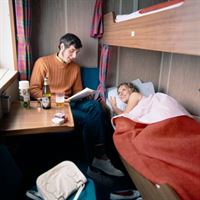