Viking Line to take part in “Finland 100”, with the Baltic Sea as its centenary theme 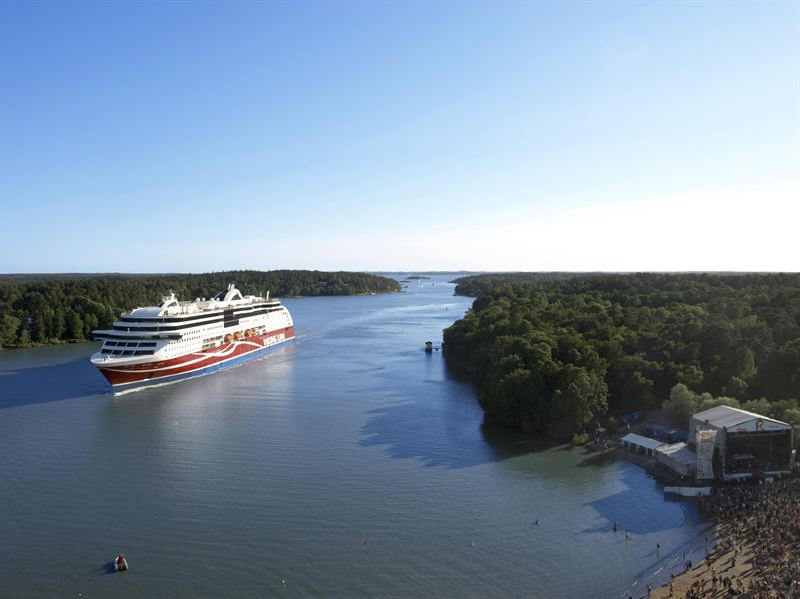 Viking Line will join in celebrating the 100th anniversary of Finland’s independence by raising money to protect and conduct research on the Baltic Sea. This Baltic Sea theme will be visible in many ways in the Company’s operations during 2017, the commemorative year. The centenary celebration will culminate in a 50,000 euro donation to the University of Helsinki.

The sea and nature in archipelagos have been a key concern for this Åland Islands-based company for many years. Among other measures, Viking Line has invested in reduced fuel consumption, wastewater management, recycling and reduced emissions. Environmental work actually got under way as early as the 1980s with the expansion and modernization of the Company’s fleet. Choosing the Baltic Sea as its theme for this centenary year came naturally.

“The sea and nature in archipelagos are important to us and our customers. We hope that, with the help of our Baltic Sea theme during this centenary year, we can encourage other Finnish companies and organizations that work on the Baltic Sea and in its surroundings to respect the sea and protect it in their operations – together, we can achieve so much more,” concludes Jan Hanses, Viking Line’s President and CEO.

Viking Line’s Baltic Sea theme and environmental work will be expressed in many ways in its operations during the centenary year of Finland’s independence. For instance, employees are encouraged to submit ideas for 100 actions or improvements to protect the environment. In April, the Company will launch a campaign that will highlight this environmental theme in a visible way both in its marketing and on board its vessels.

During the spring, the Baltic Sea Centre will be inaugurated in partnership with Allas Sea Pool in Helsinki. Various events with a Baltic Sea theme are planned at the centre. The idea is for everyone to have the opportunity to see how wonderful the Baltic Sea is and how important it is to keep the ocean clean.

The centenary celebration will culminate in a 50,000 euro donation to the University of Helsinki.

Viking Line also funded Baltic Sea research and related teaching at the University of Helsinki in 2016. Marine research at the university’s Tvärminne Zoological Station focuses on studying diversity and the functioning of the ecosystem as well as the human impact on the Baltic Sea. By supporting this important work at the University of Helsinki, Viking Line wants to ensure that scientific research on the Baltic Sea will remain possible in the future.

Viking Line is a public limited company and a market-leading brand in passenger traffic on the northern Baltic Sea.