Movember aims to forever change the face of men's health through the power of the moustache by raising awareness and funds in support of prostate cancer and men’s mental health initiatives. Since its inception as a charity event in 2004, over 2 million participants have raised over $300 M for its causes, with official Movember campaigns taking place in 21 countries. For more information please visit movember.com or @MovemberCA. Movember is a registered charity in Canada - BN 848215604 RR0001. 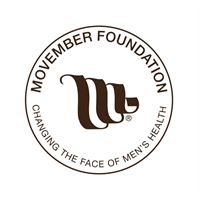 Toronto, ON (November 19, 2014) – The Movember Foundation is proud to announce $7.9 million in funding for men’s mental health programs, through its Canadian Mental Health Initiative.  The funding comes from the Foundation’s request for collaborative project ideas aimed at improving the mental health and wellbeing of men and boys. Three large-scale collaborative team grants with a focus on diverse populations have been awarded funding. The funding is part of the Foundation’s continued commitment to men’s mental health. Together with this initiative the Movember Foundation has invested

Statement from the primary funder, the Movember Foundation, in response to the research paper - Tumour genomic and microenvironmental heterogeneity for integrated prediction of 5-year biochemical recurrence of prostate cancer: a retrospective cohort study - published in Lancet Oncology on October 13 2014 Statement author: Paul Villanti, Executive Director of Programs, the Movember FoundationThe development of a new genetic "signature" to identify prostate cancer patients who are at high risk of their cancer recurring after surgery or radiotherapy is a significant development and one that

The Largest-Ever Global Investment in Improving the Quality of Life for Men Living With Prostate CancerTORONTO, ON--(Marketwired - September 29, 2014) - · Movember Foundation commits $40.8 million globally to change the way men live with and beyond prostate cancer, $11.4 million is allocated to Canadian projects · True NTH puts the spotlight on helping men with prostate cancer and their families to overcome a range of prostate cancer side effects from sexual health to depression and helps them get their lives back on track following diagnosis and treatment As millions of men 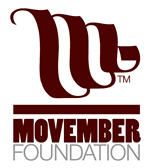 Supporting Innovators in Prostate Cancer ResearchToronto, ON – February 12, 2014 – Prostate Cancer Canada (PCC) is proud to announce the recipients of its 2014 Movember Rising Star  awards in prostate cancer research. Now in its second year, the Movember-funded Rising Star program provides funding to four outstanding scientists by supporting their careers as independent investigators in prostate cancer research. Each Rising Star is awarded $150,000 a year towards salary support and research expenses for a three-year period. The four Rising Stars

University of Toronto and Dalhousie University win coveted visit from Astronaut, Commander Chris HadfieldTORONTO, ON (December 12th, 2013) – Movember , the global charity that raises funds and awareness for men’s health, is proud to announce the winners of the Big Moustache on Campus (BMOC) prize - a visit from Astronaut, Commander Chris Hadfield.  Two Canadian schools took top spots for the leading fundraising campus globally, and per capita in Canada - The University of Toronto, and Dalhousie University in Halifax, respectively.   The BMOC network, made up of 1,

Enlist today at Movember.comTORONTO, ON (October 31st, 2013) -- Movember is here and Generation Moustache  stands for one thing, change. Movember is calling for Canadians to join the generation of men and women dedicated to changing the face of men’s health by registering at Movember.com . Last year over 247,000 Mo Bros and Mo Sistas helped raise over  $42.6 M for men’s health in the areas of prostate cancer, men’s mental health and through its Global Action Plan (GAP), testicular cancer. This

Registration now open for its 7th annual fight for men’s healthTORONTO, ONTARIO (September 18th, 2013) - Movember, the global movement that raises funds and awareness for men’s health is now open for registration for its 7th annual campaign.  Last year, 247,441 Canadians showed their love and support of the moustache, raising a remarkable $42.6 million for men’s health initiatives. Movember funds prostate cancer and men’s mental health initiatives, and through its Global Action Plan (GAP), testicular cancer. To enlist, please visit Movember.com. Through the power of the Mo, Mo Bros and

Movember Canada Announces Request for ApplicationsTORONTO, ONTARIO (April 23rd, 2013) - Movember Canada, with guidance from the Canadian Men's Health Network (CMHN), is proud to announce a Request for Applications (RFA) for mental health interventions in the priority areas of de-stigmatization, awareness, prevention, education or early recognition/interventions. This $12 million announcement represents the first and largest investment made to date through Movember dollars in the mental health space, with additional RFAs to be announced in the coming months. With this funding opportunity,

247,066 Canadians raised $36.8 million in Sixth Annual Movember CampaignTORONTO, ON--(Cisionwire – December 3rd, 2012) - Movember, the global charity that raises funds and awareness for men’s health, is proud to share that 247,066 Canadians participated in its sixth annual campaign. This year, to date, Mo Bros and Mo Sistas across the nation have raised $36.8 million for men’s health initiatives, specifically prostate cancer and male mental health. This makes Canada the leading fundraising nation for the second consecutive year. With funds continuing to come in it’s not too late to donate,

Growing a moustache and raising funds is making a differenceTORONTO, ON--(Cisionwire – October 24, 2012) - Knowledge is power. Moustache is King. As men and women prepare themselves for Movember  2012 it’s important to be armed with knowledge of the impact your moustache and funds raised is having on men’s health. Movember is proud to announce that, to date, it has invested over $64 million to prostate cancer initiatives across Canada in the areas of awareness and education, research and survivorship. AWARENESS & EDUCATION By virtue of growing a moustache and 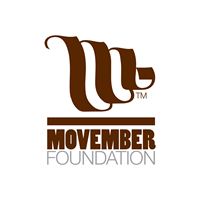