The popular Emily Windsnap series, now with 5 million copies in print worldwide, swims back into bookstores with a new release March 20, 2018 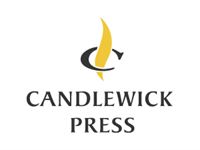 Candlewick books offer adventure, strong female characters to inspire young Girl Scouts   SOMERVILLE, MA – March 10, 2017 – Candlewick Press and Girl Scouts of Eastern Massachusetts announced today that they will collaborate on April vacation and summer camp programming that uses acclaimed books featuring strong, independent girls to nurture Girl Scouts’ confidence and love of reading.   “We are pleased to partner with Candlewick Press to offer programs that will increase girls’ access to books and will connect them to inspiring stories about female characters who exhibit the 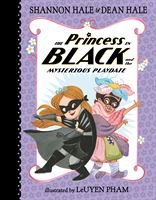 Fifth book about the princess and her monster-fighting alter ego due out this fall from authors Shannon Hale and Dean Hale and illustrator LeUyen Pham March 8, 2017, Somerville, MA ― Fewer than three years after its debut, the New York Times best-selling children’s book series The Princess in Black has surpassed one million copies in print, with four volumes released and the fifth due out this September, Candlewick Press announced today.   “Twinkle, twinkle, little SMASH! We are so delighted for Shannon and Dean Hale and LeUyen Pham to have cracked the one-million-copy mark with

Connecting best-selling childrens author and Judy Moody creator Megan McDonald with classrooms across the country via free live webcast February 6, 2017, Somerville, MA -- Leading independent childrens publisher Candlewick Press is excited to announce a national schools webcast that will bring wildly popular childrens author Megan McDonald into classrooms across the country during Children's Book Week this year. On Wednesday, May 3, at 1 p.m. eastern time, McDonald will virtually visit schools to discuss her best-selling books, including the Judy Moody and Stink series, and to inspire

The Wolf, the Duck, and the Mouse to Publish October 2017   Somerville, MA – Best-selling picture book creators Mac Barnett and Jon Klassen will debut a stand-alone picture book in fall 2017, Candlewick Press announced today jointly with the publishers of the Walker Books Group worldwide. The Wolf, the Duck, and the Mouse will release in the U.S. on October 10, 2017. With multiple New York Times bestsellers between them and awards including a Caldecott Medal, two Caldecott Honors, a Kate Greenaway Medal, a Theodor Seuss Geisel Honor, the Boston Globe-Horn Book Award, three  E.B. White 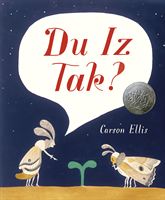 SOMERVILLE, MA — Candlewick Press has today announced the forthcoming publication of a new book for young readers by two-time Newbery Award winner Kate DiCamillo entitled La La La: A Story of Hope, illustrated by #1 New York Times best-selling artist Jaime Kim, to be published in September 2017. The deal for world rights was brokered with Holly McGhee at Pippin Properties by Karen Lotz, president and publisher of Candlewick Press, who will edit. The book will be designed by Candlewick’s creative director and associate publisher, Chris Paul.  Jaime Kim was represented by Claire Easton at

Scheduled for publication in fall 2017, Landscape with Invisible Hand weaves themes of truth, art, romance, commerce, and capitalism Somerville, MA, November 18, 2017 — Candlewick Press announced today that it will publish a sharply wrought new satiric novel by M. T. Anderson, the gifted National Book Award–winning author of a wide range of titles in a variety of genres. Landscape with Invisible Hand, an exploration of art and truth that marks Anderson’s first return to a future-Earth setting since the now-classic Feed, is scheduled for release on September 12, 2017. Candlewick Press

Set in Cuba, the novel is scheduled for publication in spring 2018Somerville, MA , October 25, 2016– Candlewick Press will publish a new novel by Katherine Paterson, the two-time Newbery Medalist and National Book Award winner whose stories, including such indelible classics as Bridge to Terabithia and The Great Gilly Hopkins, have transported and inspired generations of readers.   The as-yet-untitled novel, set in Cuba, is intended for middle-grade readers and is scheduled for publication in the spring of 2018.   Paterson’s books have received all of the major honors in

Maisy campaigns planned with The Molina Foundation, Nemours Reading BrightStart! and United Through ReadingSOMERVILLE, MA, October 25, 2016 – With more than 35 million copies sold around the world, Lucy Cousins’s Maisy books have been consistently on target when it comes to engaging children. One of the most beloved characters in preschool households today, the good-natured Maisy stars in more than one hundred books – and is now celebrating her twenty-fifth anniversary!   In honor of twenty-five years of Maisy, Candlewick Press is pleased to announce partnerships with three nonprofit

SOMERVILLE, MA — September 12, 2016 — Popular cartoonist and author Stephan Pastis continues to strike comic gold with his best-selling middle-grade books starring the most inept kid detective in children’s literature history. Timmy Failure, aka Sherlock Hopeless, persists in making every mystery even more mysterious as his misadventures resume in the sixth installment of the series. Liz Bicknell, executive editorial director and associate publisher at Candlewick Press, has acquired North American rights to Timmy Failure: The Cat Stole My Pants, to be published in April 2017 in a deal

Princess Cora and the Crocodile Set to Publish on March 28, 2017SOMERVILLE, MA – Leading independent children’s book publisher Candlewick Press is announcing the publication of Princess Cora and the Crocodile, a gorgeous and original storybook collaboration from Newbery Award–winning author Laura Amy Schlitz and Caldecott Award–winning illustrator Brian Floca.   Set for release in March 2017, the comical story traces the plight of poor Princess Cora, who is sick of boring lessons. She’s sick of running in circles around the dungeon gym. She’s sick, sick, sick of taking three baths a

First title, Triangle, to Publish March 2017Somerville, MA – Bestselling picture book creators Mac Barnett and Jon Klassen will debut a new trilogy in 2017, Candlewick Press announced today jointly with the publishers of the Walker Books Group worldwide. The first book of the trio, Triangle, will publish in March with the next book to follow in 2018 and the final title in 2019. With multiple New York Times bestsellers between them and awards including the Caldecott Medal, two Caldecott Honors, a Theodor Seuss Geisel Honor, the Boston Globe—Horn Book Picture Book Award, two  E.B. White Read- 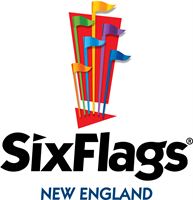 What:                   On Saturday, August 27, Six Flags New England and Candlewick Press are celebrating literacy with their first-ever “Read a Book Day.” The Coaster Capital of New England and Candlewick Press will host a variety of activities to encourage reading for kids of all ages. Guests will be able to enjoy book readings, activities, games, trivia, performances of StoryTale Fumbled Fables, and photo opportunities with the iconic Waldo of Where’s Waldo? fame.     Guests are invited to donate at least three new or gently used books at the park’s Main Gate in exchange for $20.

Whale watch catamaran hosts library of ocean-themed titlesBOSTON, MA, August 1, 2016—Candlewick Press announced today that it will partner with Boston Harbor Cruises to expand the idea of the “beach read” by adding high-quality children’s books to the whale-watching experience.   As part of Candlewick and Boston Harbor Cruises’ (BHC) collaboration, a library of ocean-themed titles, selected with an eye to fostering a love of reading and to supporting marine life conservation through education, has been installed in one of Boston Harbor Cruises’ New England Aquarium Whale Watch 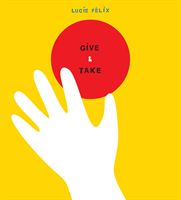 SOMERVILLE, MA – March 28, 2016 – Candlewick Press announced today they will debut a new imprint featuring beautifully produced, design-driven “books for book lovers” this fall. Candlewick Studio will offer readers of all ages titles characterized by elegant, engaging design; captivating, well-presented concepts and content; the highest-quality illustration; and superior production values.   “We hope that even from across a bookstore, Candlewick Studio titles will entice book-lovers of all ages to come close—and that in the hand, the books will offer tactile appeal, fascinating

Program supports President Obama’s ConnectED InitiativeFebruary 23, 2016 –The launch of Open eBooks, a new initiative and e-reader app that will make thousands of popular, top-selling eBooks available to children in need for free, was announced by First Lady Michelle Obama today. The initiative is designed to address the challenge of providing digital reading materials to children living in low-income households, and offers unprecedented access to quality digital content, including a catalog of eBooks valued at more than $250 million.   President Obama announced a nongovernmental

SOMERVILLE, MA – February 3, 2016 – The title character in Stephan Pastis’ hugely popular middle grade series will continue his push for detective agency domination this year. Candlewick Press is announcing the release of a fifth book in the series, to be published globally in September 2016, in a deal brokered by Daniel Lazar of Writers House.   The new release, Timmy Failure: The Book You’re Not Supposed to Have, goes on-sale in the U.S. September 27, 2016. The most important thing to know about Timmy’s fifth memoir to date is: this book was never meant to EXIST. No one needs to

Partnership with First Book to bring 275,000 books, beloved authors to underserved populationsSOMERVILLE, MA – January 26, 2016– Candlewick Press today announced plans to mark the 25th anniversary of the opening of its U.S. office by donating over 275,000 of its acclaimed books to the nonprofit First Book. The donation, the largest in Candlewick’s history, will be the centerpiece of a year-long celebration of reading for all, with some of Candlewick’s most honored and bestselling authors joining in the festivities to encourage underserved children to find themselves in books.   Karen