I.A. Hedin Bil is one of the largest privately-owned automotive retailers in the Nordics, with 30 brands in the portfolio, offering full service for private and corporate customers. Financing, service and insurance are some of the components of the total offer. Hedin Bil is represented in more than 100 locations in Sweden, Norway and Belgium. Turnover in 2018 amounted to 21 bn SEK with 2450 employees. www.hedinbil.se ® I.A. Hedin Bil is a registered trademark owned by the Anders Hedin Invest Group (91 %) and Ingemar Hedin (9 %).

Hedin and Stern in discussions on merging their respective automotive operations

Anders Hedin Invest AB and Stern Groep N.V., the Dutch listed automotive group, are in exclusive discussions on merging their respective automotive operations, including I.A. Hedin Bil AB (publ). The combination of Hedin and Stern will have strong complementarity in terms of geographic focus and brands. In addition, the combined group will be very well positioned to play a leading role in the expected ongoing consolidation of automotive retailers in the Eurozone.Gothenburg, January 30th, 2020  The automotive industry faces numerous trends and developments which will eventually have

New car sales saw an overall positive development during the third quarter after a slow down during spring. Profit margins from sales of used cars continued to improve and aftermarket services improved during the third quarter.Gothenburg, 11th of November 2019   The market for new car registrations in Sweden recovered substantially in the third quarter compared to last year. Quarterly comparisons are made difficult because of changes in the regulatory landscape, especially with the introduction of Bonus Malus in the Swedish market. Up until and including the third quarter this year, the

Hedin Belgien Bil AB has completed the acquisition of Rudi Vertommen NV, an authorized dealer of Mercedes-Benz passenger cars and vans. Hedin Bil, under the brand Hedin Automotive, now has 15 dealerships in Belgium.Gothenburg, 16 September 2019  I.A. Hedin Bil, through the subsidiary Hedin Belgien Bil AB, has acquired Rudi Vertommen NV. The deal includes a Mercedes-Benz new and used passenger cars and vans dealership, marketed under the brand Vertommen. The dealership is located northeast of Brussels.- Starting spring 2018, we have acquired authorized Mercedes-Benz dealerships in the

Reduced new car volumes had a negative effect on the profitability, while the used car market continued to develop positively.The second quarter saw a decrease in new car sales, while Hedin Bil continued to increase market shares. Sales of used cars showed a positive development. Aftermarket services increased while margins decreased due to investments.It is particularly pleasing that we launched the Hedin Auction website during the second quarter, which isanother example of our broadened digital offer. Hedin Auction is initially an auction site targeted at dealers for vehicles that

Gothenburg, August 22nd 2019 I.A. Hedin Bil AB has through its subsidiary, Hedin Belgien Bil AB, entered an agreement to acquire Rudi Vertommen NV. The deal includes a full-service dealership for PC and LCV Mercedes-Benz. The dealership operates under the brand Vertommen and is situated in Boortmeerbeek.- In 2018, Hedin Bil successfully took over the operations of 12 Mercedes-Benz dealerships in and around Ghent and Antwerp. The acquisition of Rudi Vertommen NV. complements our existing business in a strategic way and I look forward to further expand our offer in the Belgian market”,

After approval from the Belgian Competition Authorities, the acquisition of two Mercedes-Benz dealerships in Sint-Niklaas and Lokeern was finalized. This means that Hedin Bil, through the brand Hedin Automotive, is present at fourteen locations in Belgium.Gothenburg, 21st, August 2019  In August 2018, it was announced that I.A. Hedin Bil AB had through its subsidiary, Hedin Belgien Bil AB, entered into an agreement to acquire J-Automotive BVBA. The deal includes two full-service dealerships for Mercedes-Benz. Both dealerships operate under the brand Jacobs and are situated between Ghent

I.A. Hedin Bil has through its subsidiary, Bavaria Norway, entered into an agreement with Brages Holding for the purchase of three additional BMW and the MINI dealerships in Norway.Mölndal, Friday the 7th of June 2019 - The acquisition of Brages is fully in line with our strategy and ambition for growth. Our tremendous respect for Brages achievements, customer-centric culture and sound values make for a great match with Bavaria. I am convinced that customers will benefit from the consolidation of two strong partners, and we will do our outmost to continue to deliver great customer

An impressive start of 2019 with strong growth and improved profitability.During the first quarter, we increased sales in all our segments while improving the margins. New car sales showed a positive development and we continued to increase our market shares. After market services experienced a similar development with improved sales and profit. The increase in profit is also a product of targeted saving programs and increased efficiency that is now coming into effect.I am pleased that we now have three strong home markets, where we offer well established products and services through

Gothenburg April 15, 2019 I.A. Hedin Bil has published its annual report for 2018. The annual report contains a company overview, audited financial statements and the administration report. I.A. Hedin Bil has also published its sustainability report for 2018 in Swedish.Anders Hedin, Owner and CEO, says:“2018 was another eventful year for us as a group. During the year, we inaugurated and re-opened a total of seven dealerships. We opened in eleven new locations, acquired 14 new dealerships and established ourselves in a new market, Belgium. With this, we passed a milestone when we mid-

Hedin Bil has published its third quarter results for 2018

Gothenburg November 2, 2018 Anders Hedin, Owner and CEO:“Our expansion into the Belgian market continued in the third quarter with the acquisition of five Mercedes-Benz passenger car sales and aftermarket service dealerships around Antwerp from Andries NV. We also agreed to acquire two large Mercedes-Benz passenger car, commercial vehicles and truck dealerships strategically located between Ghent and Antwerp. Completion of the transaction is conditioned upon the approval from the Belgian competition authorities. We are already now the largest Mercedes-Benz dealer in Belgium, with a

Once the deal has been finalized, Hedin Bil will be present at 14 locations in Belgium. The transaction is conditional upon approval of the Belgian Competition Authorities.Gothenburg, August 23, 2018 I.A. Hedin Bil has through its subsidiary, Hedin Belgien Bil AB, entered an agreement to acquire J-Automotive BVBA. The deal includes two full-service dealerships for Mercedes-Benz. Both dealerships operate under the brand Jacobs and are situated between Ghent and Antwerp, one in Lokeren and one in Sint-Niklaas. In 2017, the turnover was in the region of 100 million Euros and the business

After approval from the Belgian Competition Authorities, the acquisition of five Mercedes-Benz dealerships around Antwerp was finalized. This means that Hedin Bil, through the brand Hedin Automotive, is present at twelve locations in Belgium.Gothenburg, August 22, 2018 In the beginning of April 2018, it was announced that I.A. Hedin Bil had through its subsidiary, Hedin Belgien Bil AB, entered an agreement with the Belgian company Andries NV to acquire its subsidiaries Eddy Joosen NV, Garage A. Swinnen BVBA, Garage Euromotors NV and Garage Vriesdonk NV.The transaction, which was

The expansion in the northern part of Sweden continues. Sales is estimated to increase with 350 cars yearly.Gothenburg, July 16, 2018 I.A. Hedin Bil AB has through its subsidiary, Bavaria Sverige Bil AB signed an agreement to acquire Ivars Bil's operations in Östersund. After finalizing the deal, I.A. Hedin Bil will have a total of 100 dealerships in Sweden, Norway and Belgium, out of which, 9 are operated by subsidiary Bavaria Sverige Bil AB.The acquisition regards the BMW and Nissan-part of Ivars Bils in Östersund. At present, yearly turnover amount to SEK 105 million, with sales of

Hedin Bil sells 80 Mercedes-Benz trucks to C-R Johanssons Åkeri AB. A deal worth 200 million SEK over a three-year period.Gothenburg, June 8, 2018 I.A. Hedin Bil AB has sold 80 Mercedes-Benz trucks to forwarding agent GDL’s subsidiary C-R Johanssons Åkeri in Varberg, Sweden. It is the biggest deal Hedin Bil has closed together with Mercedes-Benz in Sweden.“I am very proud and happy of this fantastic business deal proves that Hedin Bil, besides passenger cars and transport vehicles, also is a serious contender to count on when it comes to heavy trucks. I believe we will notice a strong

Since the 9th of May, Englunds Bil officially belongs to Hedin BilGothenburg, May 15, 2018 On the 23rd of April, I.A. Hedin Bil acquired through its subsidiary Bavaria Sverige Bil AB Englunds Bil AB in Luleå. On the 9th of May, the deal was carried through.The acquisition includes both a full-service dealership for BMW as well as a used cars outlet. The estimated turnover for Englunds Bil is around 200 million SEK with an average of 600 sold cars yearly. The acquisition concern 25 employees.Johan Frisk, CEO Bavaria Bil Sverige said in connection to the acquirement: “We are very happy

Hedin Bil to open two new dealerships in Bromma, Sweden together with Opel and Ford

Hedin Bil, through its subsidiary Bavaria, continues to expand and further develop its BMW business in the northern part of Sweden.Gothenburg, April 23, 2018 In 2017, I.A. Hedin Bil acquired Bavaria Sverige Bil AB becoming reseller of the BMW brand. Now the business is growing as Englunds Bil AB in Luleå, Sweden is acquired through Bavaria. This marks Hedin Bil’s 99th dealership and the expansion in the northern parts of Sweden continues.The acquisition includes both a full-service outlet for BMW as well as a used car outlet. The estimated turnover for Englunds Bil is around 200

This marks Hedin Bil’s 98th dealership and sales are expected to increase with approx. 400 cars yearly.Gothenburg, April 17, 2018 I.A. Hedin Bil continues to expand in Sweden as 100 % of the shares in Motorcentralen i Eskilstuna AB is acquired. Expected entry is 1st of May 2018.This acquisition only includes the passenger and transportation business for Ford meaning that Hedin Bil increases the Ford offering within the Group. The estimated turnover for Motorcentralen i Eskilstuna AB is around 100 million SEK with an average of 400 sold cars yearly. The acquisition concern 20 employees. 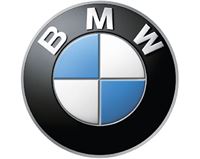 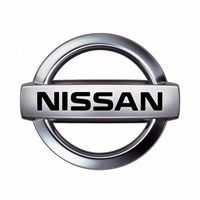 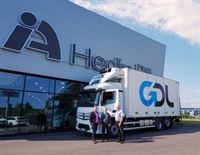