Netmore's network company European Connectivity Networks, co-owned with Polar Structure, begins its LoRaWAN deployment in Denmark. The aim is to offer nationwide coverage, and in parallel with the network roll-out, commercial processing of the Danish market for water, gas and district heating companies is taking place. The Danish LoRaWAN network will then become part of Netmore's growing European LoRaWAN, which is now offered in Sweden, the UK, Ireland, Spain, the Netherlands and Denmark.Nationwide LoRaWAN in Denmark Netmore, together with the jointly owned network company European

Stockholm, Sweden: Epiroc AB, a leading productivity and sustainability partner for the mining and infrastructure industries, will publish its Q2 2022 results on Wednesday July 20 at approximately 11.30 CEST. A results presentation for investors, analysts and media will be held at 13.00 CEST.The report will be presented by President and CEO Helena Hedblom and CFO Håkan Folin. It will be held in English and begin with a short presentation of the report followed by a question-and-answer session. To join the presentation, either access the link here

SRV GROUP PLC      STOCK EXCHANGE RELEASE       1 JULY 2022 AT 9:30 EESTSRV discloses the new hybrid terms and conditions regarding the notes becoming effective and the accurate results of the tender offerNOT FOR RELEASE, PUBLICATION OR DISTRIBUTION, DIRECTLY OR INDIRECTLY, IN OR TO THE UNITED STATES, AUSTRALIA, CANADA OR JAPAN OR ANY OTHER JURISDICTION IN WHICH THE DISTRIBUTION OR RELEASE WOULD BE UNLAWFUL.SRV Group Plc (“SRV”) announced on 28 April 2022 that it was inter alia commencing written procedures regarding potential amendments to the terms and conditions of SRV’s EUR 100

The motorway operator Ascendi O&M, S.A. has signed a 5-year extension of its service and maintenance agreement with Q-Free in Portugal. Q-Free will provide back-office services, remote monitoring, and field service for Multi-Lane Free Flow tolling systems delivered to Ascendi O&M, S.A. (reference is made to the announcement on 20[th] July 2020). The contract has a guaranteed total value of approximately 148 MNOK over the coming 5 years with options to further extend the contract period. “We are very pleased to continue our close collaboration with Ascendi, which has been a customer of

This year Denver in June was hot. Not only because of the remarkable weather, with shining light from the sun and close to 90 degrees Fahrenheit, but also because the world’s most prominent microwave engineers and communities gathered at this year’s International Microwave Symposium in Denver to share insights and updates from a world, driven by innovation and future expectations. After a virtual version in Los Angeles back in 2020 and a “somewhat crippled” show in Atlanta last year, ambitions were set high in all aspects of both the conference as well as the exhibition.The main new thing

Gaming Innovation Group Inc. (GiG) has signed an agreement with a brand new partner in Spain to provide its award winning platform, powering their move online. The new partner already has an established retail business in the region, and the partnership will allow the new licensed brand to expand its operations online by the end of this year. It is expected that their digital transformation will take advantage of the substantial experience and knowledge that GiG can offer. Given the new partner’s existing ‘brand equity’, with more than 27 large games rooms among their expansive retail

Gaming Innovation Group Inc. (GiG) has signed an agreement with a brand new partner Caravel Entertainment Limited (Caravel), best known for operating the ‘Moosh’ brand in Portugal, to provide its award winning sportsbook and platform.  The deal, which represents a continued strengthening of GiG’s targeted strategy in fast growing regulated markets, will see Caravel shift from its existing technology to GiG’s for the moosh.pt site, and as such will provide immediate revenue opportunities from what is an existing database migration, scheduled to take place during Q4 2022. The agreement

The US is the first market to launch BioGaia Pharax, which aims to strengthen the immune system and support children’s upper respiratory health.Colds and sore throats are among the most common ailments among children of preschool age, and the reason behind a significant number of visits to pediatricians. The new probiotic product has been found to support children’s upper respiratory health. Antibiotics not effective against viral infections “Antibiotics are only effective against infections caused by bacteria, and most common colds are due to viruses. This means that parents are left

Metso Outotec Corporation’s press release on July 1, 2022, at 09:00 a.m. EESTMetso Outotec has optimized its existing induration technology offering and is launching its Compact-sized Pellet Plant. The plant design is based on a three-meter-wide indurating machine, building on the state-of-the-art design of Metso Outotec’s larger product range. The new compact plant offers the same high plant performance and premium product quality as the larger size plants. Metso Outotec Compact-sized Pellet Plant will be offered in the following standard sizes and corresponding capacities: · 189

Completed transactions, occupations and construction starts during the second quarter, 2022

This is the third FunPlus title launched by FlexionLONDON, 1st of July 2022 –Flexion Mobile Plc (Nasdaq: FLEXM), has launched King of Avalon from FunPlus on the alternative app stores.  The Top Grossing game is now live on the Huawei App Gallery and Samsung Galaxy App Store. King of Avalon generated US$7 million for the developer in May on Google Play according to Sensor Tower. Flexion’s distribution services will add revenue and new players from the alternative app stores with little upfront cost or work being required of FunPlus.  Flexion is currently averaging around 10% extra revenue

Balco’s interim report for the second quarter 2022 will be published at 13:00 CET on July 14, 2022. A web-cast telephone conference will be held at 14:30 CET the same day, where CEO and President Kenneth Lundahl and CFO Michael Grindborn will present the results for the second quarter 2022.A possibility will be given to ask questions via the webcast and follow the presentation material live. The webcast, which afterwards also will be available on demand, will be accessible at Balco’s financial website, https://balcogroup.se or via the following link: https://tv.streamfabriken.com/balco-q2-

Invitation to presentation of Hexagon's Interim Report on 27 July

Paulig Latvia SIA and Sanitex SIA have concluded an agreement to transfer Paulig Latvia Out of Home Coffee (OOH) business to Sanitex. As of 1 July 2022, Sanitex will be distributing Paulig Coffee assortment in the OOH segment in Latvia and take over the cooperation with Paulig Out of Home customers regards of renting and maintenance of the coffee machines as well as sale of coffee and other ingredients in Latvia.“Sanitex has a strong HoReCa, Office & Vending segment coverage in Latvia and this change will give Sanitex and Paulig a possibility to offer OOH customers an even wider assortment,

(Oslo 1 July 2022). Today, Håkon Volldal starts as the new CEO of Nel, while Jon André Løkke enters the company’s Board of Directors. “I have looked forward to this day for a long time”, says Nel’s new CEO Håkon Volldal. “Nel is an exciting company with a bright future, not only commercially, but also as a vital part of the green energy transition.” Volldal states that Nel’s strategy and ambitions will remain firm. “We will further develop our company and technology offering, help our customers decarbonize their businesses and keep our position as the leader in green hydrogen

1st July marks twenty years for you at IKEA, Wim. Congratulations!Why did you choose IKEA, and did you imagine that your career would take you to the role of co-Chief Digital Officer when you joined? Firstly, thank you! It is hard to believe that it has been twenty years since I became an IKEA co-worker for the first time. I grew up in the Netherlands and studied logistics and economics at the University of Applied Sciences Utrecht. I always felt that IKEA was a match for me in terms of culture, values, and leadership but there was no logistics role open at the time. So, I took a chance

Skanska builds a tram and bus depot in Helsinki, Finland for EUR 101M, about SEK 1.1 billion

Skanska has signed a contract with Ruskeasuon Varikkokiinteistö Oy, a subsidiary of City Transport Ltd, to build a tram and bus depot in Helsinki, Finland. The contract is worth EUR 101M, about SEK 1.1 billion, which will be included in the Nordic order bookings for the second quarter of 2022.The depot is designed for 100 trams, and it has space for their daily maintenance, cleaning and repair work. The parking area for 200 buses and their maintenance building will be located on the roof of the depot. The building also has office space and a room where the drivers and personnel can rest.

Eltel Norway has signed a project agreement with Telenor to further upgrade Telenor’s telecommunications network with 5G technology. The agreement is worth about EUR 36–40 million.The project runs during 2023–2024 and strengthens Eltel’s leading position in the Norwegian market regarding the expansion and modernization of telecommunication networks through 5G. For further information, please contact:Thor-Egel Bråthen, Managing Director, Eltel NorwayPhone: +47 908 60 215, thor.egel.brathen@eltelnetworks.no  Elin Otter, Director, Communications and Investor RelationsPhone: +46 72

Peab has been commissioned to extend the Sörbyn Prison south of Umeå. The customer is Specialfastigheter Sverige AB and the contract is worth SEK 364 million.Sörbyn Prison has 40 cells and thirteen emergency cells in security class 3. The prison is located 4.5 Swedish miles south of Umeå. Peab has been commissioned to extend the prison with 96 cells. “We’re pleased to have been entrusted with extending Sörbyn Prison together with Specialfastigheter. Building prisons is complex and puts high demands on us as contractors and we’re proud to contribute with our expertise in this project,”

ABG Sundal Collier (“ABGSC”) will publish its Q2 2022 figures on 8 July 2022 at 08.00 CET. The report will be available on our corporate website www.abgsc.com. Webcast presentationCEO Jonas Ström, Managing Partner Oslo Peter Straume and CFO Geir B. Olsen will present the Q2 result through a webcast at 09.00 CET followed by a Q&A session. The webcast presentation can be accessed through a web link or call-in details presented on our corporate website www.abgsc.com. For further information:Geir B. Olsen, CFO, +47 22 01 60 35 For media contacts:Petter Brunnberg, Head of

Teknos makes its coatings with help of solar power in Rajamäki, Finland 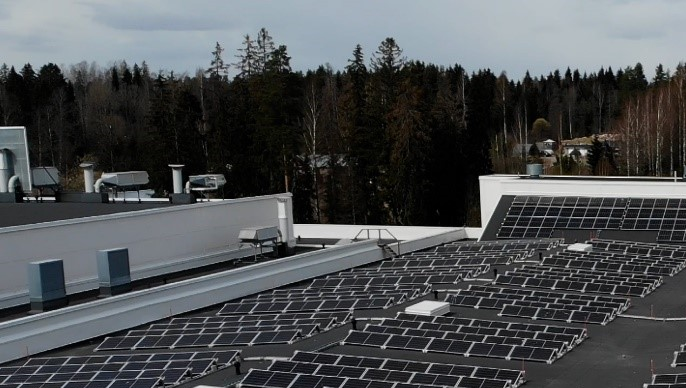 Finnish-based coating manufacturer Teknos has installed solar panels in its paint production factory in Rajamäki, Finland. Using solar power is one of the company’s actions to decrease the usage of fossil fuels and to combat climate change. Besides switching to renewable energy sources, the company’s goal is to decrease energy consumption overall in all of its sites. Teknos recently received EcoVadis Gold medal for its sustainability efforts.   “Sustainability has always played a very crucial role in Teknos' strategy and, therefore, installation of the solar panels was an important and 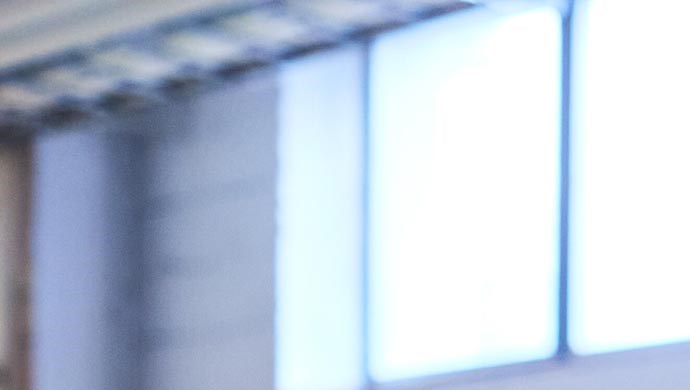 Stockholm, 1 July 2022 – The mining company Eurobattery Minerals AB (Nordic Growth Market: BAT  and Börse Stuttgart: EBM ; in short: “EBM”, “Eurobattery” or “the company”), today announced the closing of the acquisition of a 40% stake in FinnCobalt Oy, the current owner of the ground and all mining rights of the Finnish Hautalampi nickel-cobalt-copper project. In consideration of the transaction, the Board of Directors of Eurobattery