London, UK – Sunday, August 29, 2010; David Brabham scored his eighth consecutive American Le Mans Series podium to cap the celebrations surrounding his 100th ALMS race start at Mosport International Raceway.The fourth second place finish of the season sees Brabham and teammate Simon Pagenaud head into the final Series round with a 16 point lead over CytoSport’s Klaus Graf. Consistent form has delivered a faultless run of podium finishes so far. Today’s result at the only Canadian round on the ALMS calendar took Brabham’s impressive race tally to 97 top 10 finishes and 59 podiums in 100

London, UK – Monday, August 23, 2010; David Brabham is poised to celebrate his 100th American Le Mans Series race in style, aiming for outright victory in the Mobil 1 Grand Prix of Mosport as the 2010 title fight heads to Canada and the penultimate round of the season.Mosport holds happy memories for the Brabham family. Not only has David celebrated back-to-back class wins at the track in the previous two years, with LMP2 victory in 2008 and the outright LMP1 win last year, it’s also where his triple Formula One World Champion father, Sir Jack, won the first Canadian Grand Prix in 1967. How

London, UK – Tuesday, April 13th, 2010: David Brabham is ready to do battle on the streets of Long Beach, California, this weekend for round two of the American Le Mans Series. Currently second in the title standings, the reigning LMP1 champion has his sights firmly focussed on victory and closing the four-point deficit to return Highcroft Racing to the top of the table.With the challenging Long Beach street circuit ranking among Brabham’s favourite tracks, the British-born Australian resident of Henley-on Thames (UK) is looking forward to stepping up to the championship fight with teammate

Henley-on-Thames, Oxon, UK – Sunday 11 October, 2009; David Brabham was crowned American Le Mans Series Champion 2009 in the final round at Laguna Seca, California, underlining the British-born Australian’s reputation as one of the best sportscar racers on the planet. The 44 year-old signed off a sensational season with yet another podium finish to take third and add the ALMS title spoils to his Le Mans 24 Hours victory.The only driver to boast pole positions and wins in all ALMS classes, Brabham can now add the title to his illustrious CV after racing in the premier championship since its

Henley-on-Thames, Oxon, UK – Saturday 10 October, 2009; David Brabham will start his mission to take the 2009 American Le Mans Series title from the front row at Laguna Seca, California, after a thrilling qualifying battle saw the Patrón Highcroft star stop the clocks less than one hundredth of a second short of pole position.The 44 year-old ALMS master was the first to show his hand in the 20-minute session by breaking the 1minute 11second benchmark to take the Patrón Highcroft Acura ARX-02a to the top of the timesheets. Acuras continued to dominate the session with just over two tenths

Wednesday 24 June, 2009; Le Mans 24 Hours winner David Brabham will attend the 2009 Goodwood Festival of Speed, 3-5 July, where he will be reunited with the race winning Peugeot 908 HDi FAP. Attending the event in celebration of the 50th anniversary of his father Sir Jack’s first Formula One World Championship title, the international sportscar star will also drive a 1959 Cooper Climax T51 up Goodwood Hill and introduce the 50th anniversary merchandise collection.A regular stalwart of the prestigious Goodwood event, Brabham returns to the 2009 Festival of Speed just weeks after clinching

Sunday 14 June 2009, UK; David Brabham proudly took a place in the annals of Le Mans 24 Hours history with his first overall race and LMP1 victory, finally gifting Team Peugeot Total the coveted spoils on home soil and ending an era of Audi domination at Le Mans.The Australian and honorary Brit has finally achieved his dream of taking the laurels at Le Mans, sealing a hat trick of different class wins in the process and granting him membership to a select club of drivers that can claim the same. Brabham’s teaming with Peugeot Sport, with the full backing of his Patrón Highcroft Racing

Wednesday 13 May, 2009; David Brabham will be hunting for win number two as the American Le Mans Series heads for Salt Lake City and round four this weekend, 15-17 May 2009. Barely a week after racing the Spa 1000 kilometres for Peugeot Sport, Brabham will take up his usual duties at the wheel of the Patrón Highcroft Racing Acura ARX-02a aiming to extend his current LMP1 class lead at the Miller Motorsports Park.Victory in round two at St Petersburg set the tone for a positive start to the ALMS season, with Brabham and team mate Scott Sharp adding Acura’s first LMP1 class win to their list

Friday 8 May, 2009; Double Le Mans 24 Hours GT1 class winner David Brabham is set to contest his first race with Peugeot Sport, the 1000 kilometres at Spa Francorchamps, Belgium, this weekend, 8-10 May.Brabham will chariot the new-liveried 908 HDi FAP for the first time with co-drivers Alexander Wurz and Marc Gene ahead of Peugeot’s assault on the Le Mans 24 Hours and Brabham’s bid to take his third consecutive Le Mans win next month.The Australian sportscar legend and former Formula One Star, who lives in Henley-on-Thames, has not contested the prestigious Spa endurance event for over a 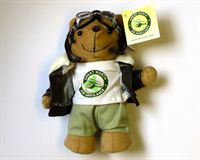